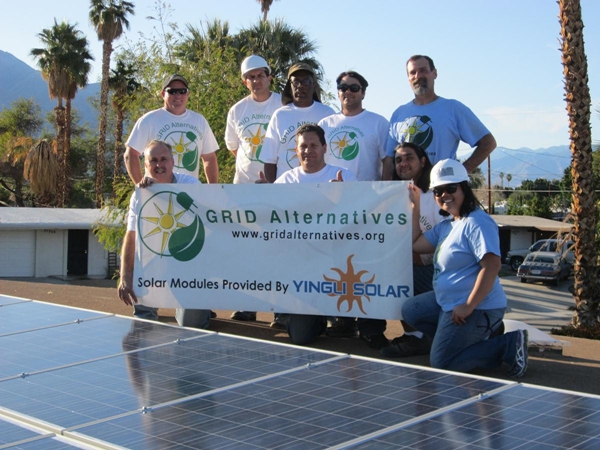 The first of its kind in Colorado, the 25kW array will provide clean power to 6-10 homes, offsetting up to 90 percent of their electricity costs.

The pilot development will break ground on March 27 and is slated for completion during GRID Alternatives Colorado’s Community Solarthon event on May 30th, 2015.

The community solar project is the first in the country to be developed by a non-profit in direct partnership with a utility to provide renewable energy generation to qualifying rate-payers.

GVP will provide land, interconnection, and philanthropic support for the array, which is being designed and built by GRID Alternatives.

The utility will own the solar equipment and provide retail bill credit for participating low-income households.

GRID and GVP see this partnership as a model that can be duplicated with municipal and cooperative utilities throughout Colorado.

In addition to support from GVP, GRID Alternatives is working with local partners such as Housing Resources of Western Colorado, Atlasta Solar and Alpine Bank for equipment donations from its national partners SunEdison, Enphase Energy and IronRidge.

The project will bring together over 100 stakeholders, utility leaders and community members transforming GVP and Colorado a trailblazer in renewable energy access.

In support of the Obama administration’s national renewable energy goals, GRID Alternatives has committed to help install 100 MW of solar power on affordable single-family and multifamily homes across the country by 2024.

As part of this effort, GRID Alternatives announced a new Tribal Solar Initiative to ensure that American Indian tribes across the US have access to the benefits of solar power.