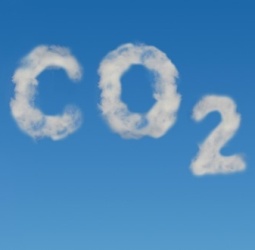 Greentech Lead America: Solutions4CO2, a waste
gas/water company, has inked its joint venture deal with BARD Holding to
develop a commercial production center in the Midwest region of the U.S.

The new production facility will produce algae biomass to be
processed into bio-plastics and other high value added co-products. The joint
venture will open the facility in early 2013.

The earlier announced joint venture deal between S4C02 and
BARD Holding is for developing a 10,000 sq. ft. algae production and processing
facility at the Bluewater Energy Park in Sarnia, Ontario, Canada.

“Through this JV structure, S4CO2 will be responsible
for designing, building, operating and maintaining the facilities on behalf of
the JV Company. This leverages the strengths of S4CO2 and its state-of-the-art
monitoring systems, enabling optimal outcomes for the facility and significant
revenue generation potential for the company. It also represents a key
milestone of exporting the S4CO2 technology into global markets,” said
Doug Kemp-Welch, president of S4CO2.

“There is a great deal of synergy captured by combining
the leading technologies of both S4CO2 and BARD to provide excellent
efficiencies for the waste gas to co-products value chain,” said Surajit
Khanna, founder and CEO of BARD Holding.

Solutions4CO2 has a system to capture Greenhouse Gases
(GHGs) from waste gas streams. The system utilizes these gases in the
production of high-value co-products derived from microalgae.

The corporation’s system utilizes technology under exclusive
license and supply agreements to efficiently capture and separate the primary
greenhouse gases, such as carbon dioxide, nitrogen dioxide and sulphur dioxide,
from post combustion, fermentation or biogas processes.

The system is capable of optimizing the delivery of CO2 by
monitoring the level of CO2 in solution to an accuracy of 5ppm. The company is
focused on designing, building, operating and maintaining these waste gas/water
to co-product systems in partnership with large emitters and co-product
producers.