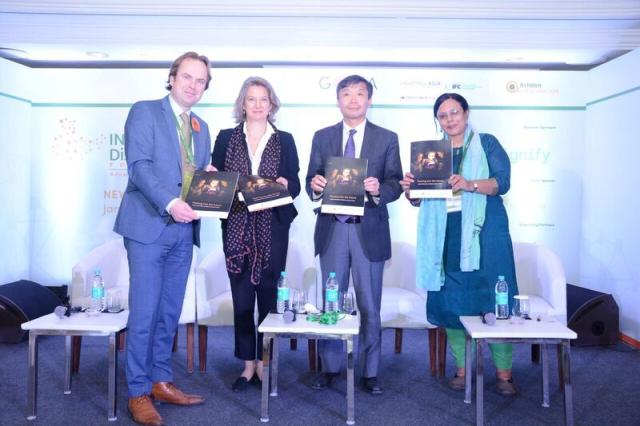 GOGLA, the global association for the off-grid solar energy sector, behind the report, said India has the potential to not only remain as the single largest market country for standalone solar products but also establish itself as a strong innovator and potentially strengthen its role as global player.

As of September 2017, around 40 million rural households in India were un-electrified. Solar lanterns have emerged as the cost-effective and healthier alternative to kerosene which the government has been offering under the current PDS scheme.

Overall, the intervention of solar lanterns had a significant positive impact on educational and economic parameters among the beneficiary households, said a report released by IFC’s Lighting Asia/India Program in partnership with d.light.

The intervention led to an increase of 26 percent in hours of lighting per day from 6.4 hours to 8.1 hours per household per day. Access to the solar lanterns also increased the average time children in treatment households spent studying, by nearly an hour a day compared to baseline.

There was 75 percent decline in the number of households using kerosene as the primary source of fuel for lighting, from four hours per day to one hour, the report said. There was a concomitant reduction in fuel consumption by 1.28 liters per household per month. These households managed to save an average of INR 300 (USD 4.47) per year as a result, of which INR 265 (USD 3.95) were from the reduced use of kerosene and candles.

The growth of higher wattage solar home systems will come mainly in the states of Jammu and Kashmir, Chhattisgarh, Jharkhand, Arunachal Pradesh, Uttar Pradesh, Bihar and Mizoram where there is increased electrification but outages are likely to remain for the next few years.

The forum also explored the role that the sector can play  in the solar water pumping segment, in alignment with the KUSUM Scheme announced by the government where in a key component is to set up 1.75 million off-grid solar pumps by 2022 – nearly ten times the number of currently installed pumps.

Jun Zhang, IFC country head, highlighted that women have emerged as important catalysts of the modern off-grid energy revolution – from saltpan workers of Gujarat desert who are switching to solar pumps from diesel to increase their income, to thousands of women who have turned into entrepreneurs and are bringing clean energy products to rural areas as part of the Lighting Asia/India program.