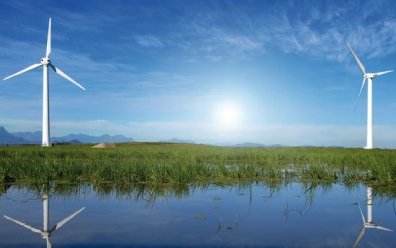 China will transition to a low-carbon energy system and renewable energy will more than triple in South East Asia by 2050.

China will relatively quickly decarbonize its energy system and will start reducing its CO2 emissions in the mid-2020s. Three key developments will drive this change: a major shift of its power production towards renewable energy, the electrification of road transport and the decarbonization of the manufacturing sector.

Chinese policies have encouraged both manufacturers and consumers to switch to cleaner energy sources. Greater China leads the world in in capacity growth for solar panels, wind turbines, and electric passenger and commercial vehicles. By 2030, almost 50 percent of the country’s power supply will come from renewables.

Electricity use in buildings, transportation and manufacturing is increasing rapidly, leading to electricity demand almost tripling by 2050.

Solar photovoltaics (PV) will surpass coal in generation by 2036 and by 2050 will provide 41 percent of the region’s electricity. 21 percent of electricity will come from onshore wind and a further 4 percent from offshore by 2050.

Electricity will be rising from 15 percent of final energy demand in 2017 to 41 percent in 2050 in South East Asia. Renewable energy in China will more than triple, providing 70 percent of the region’s electricity demand by 2050, up from 20 percent in 2017.

Coal is the largest energy carrier in the manufacturing sector, used mainly