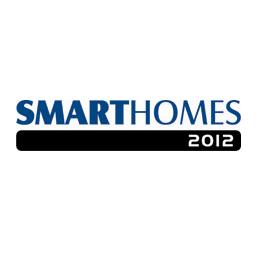 “In failing to plan, then you plan to fail”. So goes
the well-worn adage widely ascribed to Benjamin Franklin. Such trite phrases
have a habit on falling on deaf ears. But, its application to the Smart Home
agenda exposes serious shortfalls and raises some interesting questions. The
all too familiar story of the Mr. Blogs driving home from work whilst
simultaneously arranging the lighting, closing the curtains, putting the kettle
on and running a bath for the Mrs. never fails to stoke the enthusiasm of its
readers. Yet those same accounts consistently fail to explain quite how this
scenario might ever be realized.

Writing in an article recently published on the Smart
Home 2012 website Colin Calder, CEO of Passivsystems wrote, ” Good policy
starts from the future and works back. Our energy policy is starting with the
past and stumbling forward”. He was referring to the need to have in place a
set of policies which can accommodate, support and encourage the development of
smart energy provision into the home and thereby maximize the customer value
proposition. For smart homes we have that end vision in sight, but if we were
to plot the course of development starting from the end and working backwards
how would that developmental path look?  Can it be expressed in such
linear terms? Is it even possible? After all capitalist advancement is built
upon technological innovation borne of a competitive market, and who can
preempt what technological innovations might emerge over the next few years and
where these will lead?

Though we may not predict what ingenious new gadgets will
emerge, it may be possible to set down a regulatory framework with appropriate
targets and subsidies which can train entrepreneurialism and innovation towards
the government’s 2020/50 carbon reduction ambition. We’ve all witnessed the
transformative effect regulation has had in Europe on cleaning up the energy
industry. The carbon market, renewables subsidies and the subsequent explosion
in wind and solar, the proliferation of smart metering are all borne to a
greater or lesser extent from the need to meet the European 2020 targets.
Similarly the US is on the verge of introducing laws to double the fuel economy
of cars by 2025. Smart meters, to which Colin Calder was specifically
referring, are now mandated to be present in every UK home by 2018. Without
regulation to enforce this, such a statistic would be but a distant dream.

The home of the future, apart from anything else, can
become a repository for energy storage, a means to balance the grid and to
consume energy more efficiently. There is scant regulatory requirement about
the need to ensure the inter-appliance connectivity of the home. Yet by
enacting this, governments could perhaps take a lead in catalyzing the
development of the smart home and in so doing help to realize national carbon
reduction targets.  There is a moot point here which is about ensuring
interoperability of appliances and open standards as opposed to closed loop
systems which will inevitability create a fragmented and weak smart home
movement. But, this aside, if governments were to state that by, say, 2016 all
appliances had to be designed so as to be interconnectable then the ambition of
reaching its own energy savings targets might come one step closer to reality.

Another side of the argument would say that centralized
regulation of the smart home agenda is a fairytale vision at best and downright
damaging in the worst case scenario. After all the EU has struggled long enough
to harmonize the earth system in power sockets across its member states. Who
can expect the EU to take a firm and responsible grip on such fast moving world
of home connectivity and technologies such as IOT, the cloud, streaming etc.
and still deliver an overall positive effect on the industry? As Morten
Bremild, owner and founder of Axelerate, suggests ‘’ if governments take on the
mandate of regulating the smart home, everything will freeze!”

In describing the way forward Bremild sees the process
ahead more like a walk through fog. ‘’We can only see the path a few meters
ahead, but it reveals itself as we take the next steps!’’. Consequently, he
states, the important thing is not the future state of the industry (the
‘vision’), but the direction of the industry! ‘’And the direction right now is
innovative connectivity platform solutions and not regulated smart homes”.

But, the government can incentivize without overly
regulating and stifling innovation. Susan Furnell, Head of Smart Networks at
NPower points to the example of the UK’s ECO and Green Deal financial
mechanism.  ECO subsidizes some energy efficiency
measures (entirely for certain specific groups of vulnerable customers),
while the Green Deal provides reassurances that the cost of the measures should
be covered by savings on the electricity bill over many years, with a
loan attached to the house rather than its occupant.  In effect
the government helps to create some useful parameters and
incentives without meddling in market activity.

As things stand smart home controls are mostly excluded
from the majority of homes entitled to ECO and Green Deal. However there
has been pressure on the government to change this. In a letter co-written by
Calder of PassivSystems, alongside colleagues from WHEB Group and Honeywell,
the point was made that smart controls ought to be separated from standard
thermostats and receive a particular weighting in recognition of their positive
contribution to correcting human behavior and building performance.
Making this change would help significantly popularizing smart, energy
efficient homes.

As energy prices continue to rise so the golden triangle
of consumer interest, government targets and commercial gain will naturally
become further aligned. The customer will take added interest in sensory
automated taps, lights and other appliances; the government would see a gradual
improvement in energy efficient usage, and product providers would have a door
wide open to an expanding and lucrative market. Here again the government might
take the initiative by subsidizing certain appliances to facilitate their
consumer uptake. The key to succeeding in this, as Peter Crayfourd, Group Head
of Customer Experience Lifestyle at France Telecom states, is to couch the
benefits in a pro-consumer, cost efficient way. In these straightened times
acquiring low energy-consuming, cool-looking appliances may fall low on the
agenda of most households. But with energy bills inexorably on the rise, these
products will take on a new appeal with the initial outlay being increasingly
justified by the potential savings.

Government leadership of the smart home agenda need not
be driven by regulation or by financial stimulus. Simply by coordinating the
movement a little bit more they could
help pull all actors in one direction to deliver a cohesive effort. Perhaps
unsurprisingly all industry experts interviewed for this article believe that
commerce is best place to lead the smart home agenda. And indeed, the market
functions best when unshackled by burdensome regulation. But it remains for the
government to help shape the market arena, provide financial prompts,
leadership and even coercion at times. If the smart home market were a yapping
dog straining at the leash, then as the owner, the government has a
responsibility to guide that dog in the right direction. The prime concern of
the dog, after all, is to sink its teeth into a meaty bone. The owner, however,
must look at the bigger picture.