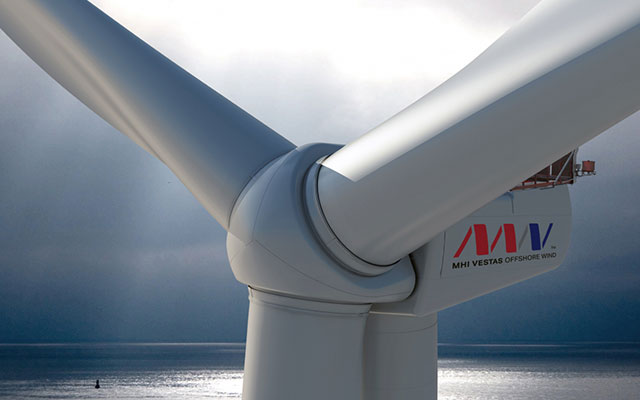 Navitus Bay has selected MHI Vestas as preferred supplier of wind turbines for their offshore wind projects off Dorset, Hampshire and the Isle of Wight.

MHI Vestas will manufacture its V164 model, 8-MW turbines with 80m long blades at the factory in Newport on the Isle of Wight.

For Navitus Bay, the selection of turbine supplier marks the first major step in the procurement process for the wind farm.

The statement issued by MHI Vestas said the company will now be involved in the negotiations to select the operations and maintenance provider for the wind farms from among Poole, Portland and Yarmouth.

In February, MHI Vestas had signed a deal with Dong Energy for the supply of wind turbines for the Walney extension offshore wind farm in the UK.

The project, which was to be completed in two phases of 330 megawatt capacity addition each, was to utilize V164-8.0 MW wind turbines of MHI Vestas for development of one phase.

It is expected that construction of the project will begin from 2016. However, final investment decisions on the project are awaited.

MHI Vestas will also be manufacturing the turbines for the Walney Extension project at the UK factory of the company on the Isle of Wight.