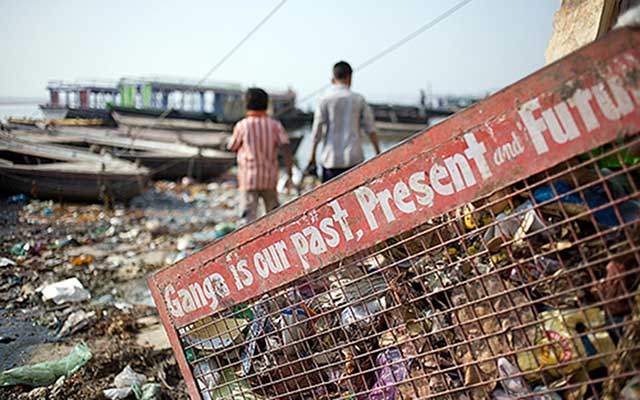 In August a group of Israeli experts will travel along the course of the Ganges to device strategies to clean the Indian river. The river is reported to be drying up due to over-exploitation and its waters are being rendered unusable by rampant pollution.

According to The Hindu, Israeli officials recently met their counterparts in Ministry for Water Resources, River Development and Ganga Rejuvenation and offered help help in water conservation and Ganga cleaning program. The ministry is headed by Uma Bharti.

Besides the program to clean the river, Israel has also offered to streamline water management and distribution services that would help India save water and improve water utilities systems.

Israel has achieved excellence in water management through the reuse of water for irrigation, desalination, innovation in pipe materials, sensors, control devices, efficient use of water, security and emergency management.

Among the key areas that Israel is focusing on to optimize utilization of its water resources is desalination of seawater and recycling of wastewater. Both techniques are enabling the Mediterranean nation, more than half of which is covered by deserts, to meet water requirements even when droughts set in.

The Times magazine had reported recently that more than half of the freshwater consumed by Israeli homes, agriculture, and industries was being produced artificially.

And once the country gets its fifth desalination plant into operation this year, the total production from the plants will rise to more than 130 billion gallons of drinkable water a year.

India is a study in contrast in water management. About 30 percent of the country’s populace lives in cities. And it is expected to double by 2050. Currently Indian cities lack comprehensive water management systems as a result of which large sections of the populace are deprived of drinking water.

Economic growth and changing lifestyles are pressuring water resources that have already been under much strain.

The Ganges, one of the largest fresh water sources in India, is one of the worst affected by over-exploitation and pollution.

The river ranks as a category D water source in the systematic classification done by Uttarakhand Environment Protection and Pollution Control Board. The categories in the classification are A: safe for drinking, B: safe for bathing, C: safe for agriculture, and D: excessive pollution.

The coliform bacteria levels in the river have been recorded as 5,500, which makes it unsuitable even for agricultural purposes.

The extent of pollution is also exemplified by a finding of National Cancer Registry Program — part of Indian Council of Medical Research — in 2012, that those living along the banks of the Ganges in Uttar Pradesh, Bihar and Bengal were “more prone to cancer than anywhere else in the country”.