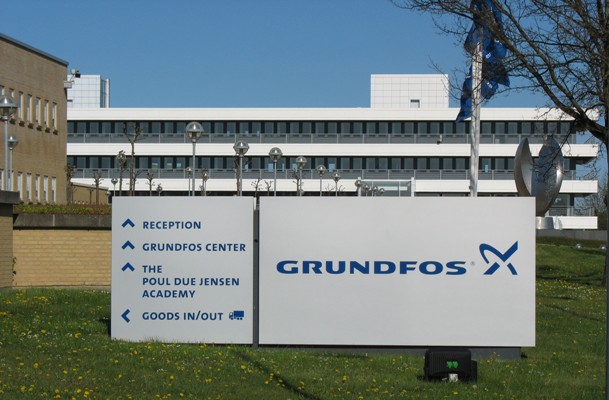 Danish group Grundfos A/S has decided to make intelligent water dispenser in India near Chennai for the Indian as well as its other global markets, said a senior group official.

The new business will be under the Grundfos Lifelink water solutions and the manufacturing of the intelligent water dispenser will be near Chennai.

Grundfos already has a pump manufacturing facility in Chennai under Grundfos Pumps India.

As to the mode of getting water from the dispenser, consumers would be given a smart card or water card and on payment of the required money the card would be loaded with the water credit.

Whenever an individual wants to draw water from the dispenser, he/she would have to place the water/smart card in the specified slot and the can under the tap.

“The recharging of the card can be made through the mobile payment mode or by cash mode,” Hansen said.

The water dispenser can be a standalone unit or could also be connected to the water utility’s network and mini-grid of water kiosks.

Further, the data generated from the usage would analysed and a water map could be drawn for the area, he added.

Hansen said a pilot project was successfully done in Nairobi.

According to him, the components for the dispenser would be sourced locally.

He said the business operations would start in January 2016 and would be initially driven by eKutir a social enterprise and Grundfos’s Indian franchisee.

EKutir would identify potential segments among communities across the country, urban or rural where the kiosks could be located, and would identify the local level entrepreneurs to operate and maintain the water dispensing system.

Grundfos is also looking at partnering with government and private sectors for deploying their solutions.

According to Hansen, only 18 percent of the 833 million rural Indian population have access to treated water while 41 percent of them own a mobile phone.

He said 54 percent of the India faces high to extreme water stress.

Citing the time spent in getting water for household needs by poor, Hansen said if water supply is stabilised and assured then the poor could carry out other revenue generation avocation.

Hansen said the water filtration and the dispensing system would be targeted at rural and places near urban areas where there is sizeable population but have no source of treated drinking water.

A Grundfos official said the group is also looking at partnering with a big Indian group for its next generation decentralised biological waste water treatment plant-Grundfos Bio-Booster.

The waste water treatment plant is one of the new water treatment technology product is targeted for treating waster water of municipalities, industries, hospitals and others.