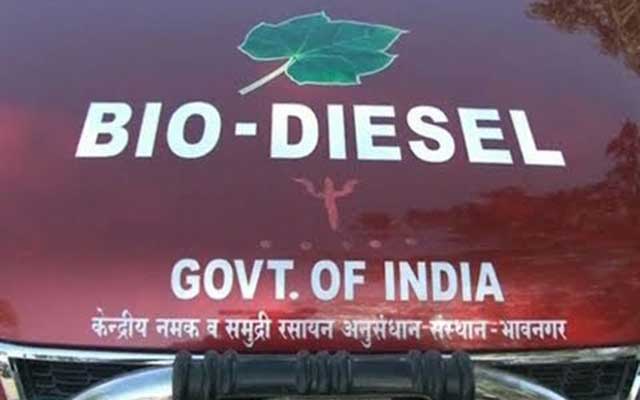 A mobile reactor to convert waste plastic into fuel, that uses technology developed by an India-born chemist, is soon to make its debut in California in a demonstration project.

“Using our efficient Plastic to Fuel (PTF) conversion units, we are hoping to address the problems of plastics pollution on land and theocean,” Swaminathan Ramesh, a product of the Indian Institute of Science (IISc) in Bengaluru and President of Michigan-based EcoFuel Technologies, told IANS in an email.

Ramesh, whose company developed the PTF units in partnership with James Holm, founder of Clean Oceans International, a Santa Cruz, CA, based non-profit, said the goal is to rid the world of plastic waste by creating a market for it.

The researchers presented their results on April 3 at the 253rd National Meeting & Exposition of the American Chemical Society (ACS) in San Francisco.

Piling plastic waste poses a serious threat to marine life and beaches. According to the United Nations Environment Programme (UNEP), more than eight million tonnes of plastic finds its way into the oceans annually — which is roughly equivalent to dumping an entire garbage truck of plastic into the oceans every minute.

The UNEP had warned that by 2050, “the plastic in our oceans would weigh more than all the fish combined”.

“Pyrolysis”, thetechnology used to break down plastic waste to obtain hydrocarbon-based fuel, has been known for years. But this calls for complex and costly refining steps to make the fuel useable.

Ramesh set out to change the game and developed a “metallocene” catalyst deposited on a porous support material that, coupled with a controlled pyrolysis reaction, directly yields diesel without further refining. It is also cost-effective on a small scale, runs at lower temperatures and is mobile.

“Our process — catalytic thermal depolymerisation technology — is by catalytic pyrolysisand, by careful management of heat transfer and reaction kinetics, we have optimised the yields to be around 90 per cent of the desired fuel,” Ramesh explained. The key catalyst for the reaction was developed in his laboratory. Each PTF reactor can convert 100-10,000 pounds of plastic per day.

Storage and transport of plastic waste to land-based sites is no longer needed since the PTF reactor can be placed aboard vessels engaged in retrieval of floating plastic wastes and the converted fuels can be directly used for running these vessels.

A statement released by the American Chemical Society announcing the upcoming demonstration of PTF reactor at Santa Cruz said: “If we can get people around the world to pick this up and use it to shift waste plastics to fuel and make money, we can even eliminate plastic waste before it gets to the oceans by creating value for it locally on a global basis.”

That plastic stream, it said, “can be diverted from the ocean and converted to 20-50 million barrels of liquid fuel annually by the PTF reactors.”

India is reportedly among countries that contribute most to plastic debris in the ocean.

Kerala, whichgenerates 6,000 tonnes of plastic waste every day is already toying with the idea of using waste plastics to make bricks that can be used to make footpaths and pave roads.

Asked if any recycling industry or government agency in India has shown interest in the PTF technology, Ramesh said: “I have not had muchsuccess with generating too much interest in India (I have not tried too hard anyway). I am open to any prospects.”