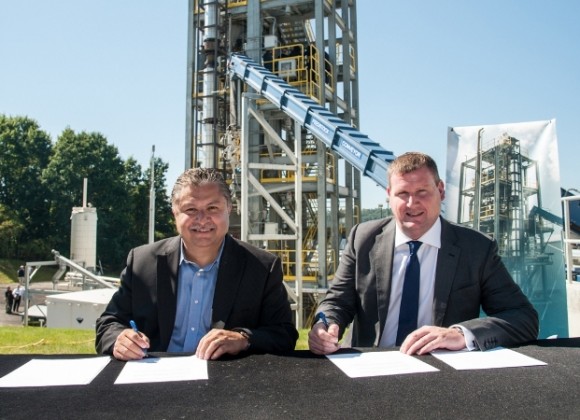 The Cardiff facility will convert waste into up to 15 megawatts (MW) of energy, enough to power about 15,000 homes and businesses in the local area.

To generate energy, the plant will process approximately 150,000 tons of waste per year, significantly reducing the need for landfill use. Construction is expected to begin in 2018, with operations starting in 2020, the company said.

CoGen will serve as the owner and developer of the Cardiff project and Lockheed Martin will lead the engineering, procurement, manufacturing and construction of the plant.

The facility will use Concord Blue’s Reformer technology, which converts waste to energy through a process called advanced gasification. The technology can convert nearly any kind of organic waste into clean, sustainable energy.

In addition to the Wales project, Lockheed Martin and CoGen will jointly pursue other similar projects, and smaller-scale opportunities to develop energy-from-waste projects for commercial and industrial businesses throughout the U.K.

“CoGen is excited to be forming this partnership with Lockheed Martin and bringing the Concord Blue Reformer technology to the U.K.,” said Ian Brooking, chief executive officer of CoGen Limited. “Cardiff will be the first of a pipeline of projects that over the coming decade will see local, smaller-scale generation play a bigger part in delivering the U.K.’s energy requirements.”

Based in England, CoGen develops, constructs, manages, owns and executes advanced gasification plants throughout the U.K., with five projects either generating energy or under construction, and six additional projects in planning.