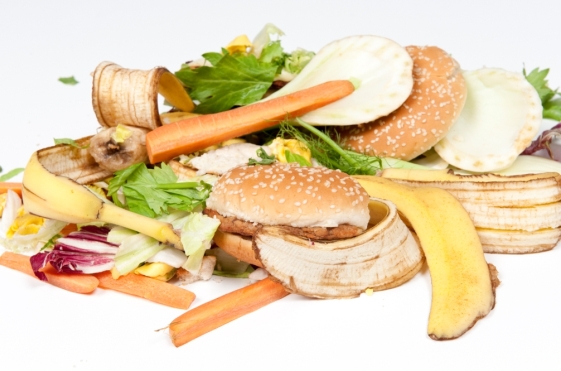 Emerson announced that Grind2Energy, a large-scale food waste recycling system, is putting food waste to work—by converting it into energy.

Because more food waste leads to more energy, the impact at large venues like the Huntington Convention Center of Cleveland can really add up. In fact, at the recent Republican National Convention, the center generated over two tons of waste, Emerson said.

Through Grind2Energy’s innovative process, large amounts of food waste from kitchens or from crowds at these facilities is ground on-site using an industrial-strength InSinkErator grinder, which is then converted into a slurry.

The quasar energy group, a full waste-to-energy company, transports this material to one of their local anaerobic digestion facilities to extract methane for energy production and to produce a nutrient-rich soil amendment.

Mark J. Leahy, general manager of the Huntington Convention Center of Cleveland and Global Center for Health Innovation, said, “As a large and busy event space with multiple kitchens going every day, Grind2Energy is an area where we can make a big impact—on our food waste, energy and the planet.”

Commercial kitchens produce on average more than 4,000 pounds of food waste a week. Food waste is a major issue across the globe—as much as one-third of the food we produce globally is wasted each year, according to United Nations estimates.

Sending 15 million tons of food waste to anaerobic digesters instead of landfills – about half of the food waste discarded each year – can remove the carbon emissions equivalent of about half a million automobiles.

“Cleveland has emerged as a strong partner and leader in the effort to expand this ground-breaking technology to turn global food waste into a renewable energy,” said Chad Severson, president of InSinkErator, a business of Emerson. “We hope more cities follow their example of environmental stewardship and advocacy.”

Results from Cleveland and other Grind2Energy early adopters have demonstrated the solution’s ability to reduce landfill waste, generate significant energy from renewable resources and reduce greenhouse gas emissions into the atmosphere, all at costs equal to or less than composting or other environmentally friendly options.