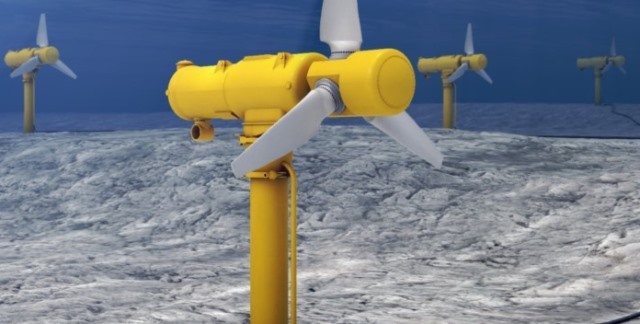 GE Power Conversion business announced its deal with SIMEC Atlantis Energy as their supplier to deliver the electrical systems that will power the world’s largest tidal stream turbine for the MeyGen tidal development.

The MeyGen project, located in the Pentland Firth, north of Scotland, is the only commercial multi-turbine array to have commenced construction.

The contract between Atlantis and GE will advance the MeyGen development into its second phase, known as Project Stroma, adding another 6MW of power generation capacity.

GE’s Power Conversion business will provide tidal turbine generators, power converters for conversion and smoothing of the irregular power before transmitting to the grid. GE has already started working with Atlantis de-risking the system.

“We believe the project has the potential to provide home-grown transformation of the U.K. energy market and will redefine what the world can expect from renewable tidal energy,” said Drew Blaxland, director of turbine and engineering services, Atlantis.

“This is a major step forward towards large-scale tidal energy production, which makes the MeyGen tidal stream application a pathfinder for the future of tidal energy for the U.K. and around the world,” said Gagan Sood, CEO of industry, power, water and wind, GE’s Power Conversion business.