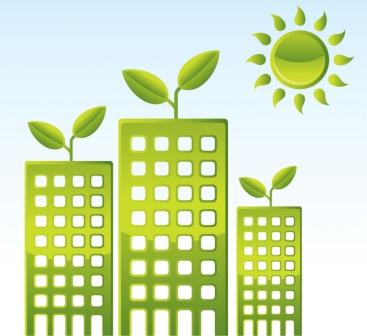 Global green cement market is expected to grow at a CAGR of 14.95 percent during the period 2016-2020 with increased use of waste as alternative fuels (AF) playing major role in this growth story.

Rise in urbanization is a key growth driver for the market. Countries like India have witnessed rapid growth in urban population resulting in problems such as traffic congestion, shortage of housing, and increasing passenger traffic.

To meet the issues arising from urbanization, countries across the world are focusing on developing infrastructure.

Waste is burnt in an incinerator with energy recovery facilities. The power generated is passed to the national electricity grid system.

Developing innovative methods for use in the cement business could minimize the cement market waste and pollution to a large extent, the report said.

Many options such as energy efficiency, AF, and clinker substitution are anticipated to reduce air pollutants emanating from cement plants.

By investing in R&D and involving modeling techniques such as designing of processes, the cement market will minimize air pollution and comply with existing regulations for protection of the environment in the future

According to the 2016 report, a key growth driver for green cement market is the rise in urbanization. A number of countries are observing the large-scale migration of the population from rural areas to urban areas.

Declining family household size and rising interest for residential projects in urban regions will bolster the building and construction segment, especially in developing economies of the world. Rural to urban migration will be especially high in APAC and MEA.

To meet the demand from increasing population for entertainment, education, and healthcare infrastructure, developing economies such as China, India, Indonesia, and Brazil will invest heavily in the non-residential segment. This will further bolster the global sales of cement.

The rise in demand for energy infrastructure in African countries such as Nigeria, South Africa, Ghana, and Egypt will also add to the high cement demand. Middle Eastern countries, including the UAE, Qatar, and Saudi Arabia, are also likely to develop their tourism infrastructure during the forecast period.