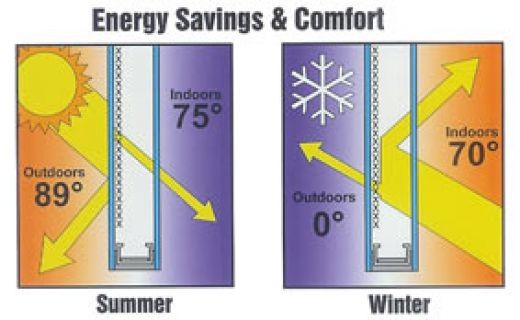 The energy-efficient windows market is projected to grow to become USD 25.31 Billion by 2026, says the latest research from MarketsandMarkets.

The growth is driven by increase in adoption of green building standards, the trend toward improving energy efficiency, and growth in popularity of heating, ventilation and air conditioning (HVAC) applications, the report said.

Rise in construction activities in emerging economies and increase in inclination toward sustainable construction methods are creating growth opportunities for the energy-efficient windows market.

The residential segment dominated the market in 2015 and is projected to be the fastest-growing end-use sector in the next ten years. As a result of the growth in population, rise in urbanization and industrialization, this market is mostly driven by the upward surge in the demand for new constructions across the world.

On the basis of application, the replacement and renovation segment is projected to grow at a higher CAGR from 2016 to 2026. This growth can be attributed to the existing base of installed windows, which need replacement over the years.

Also, growth in concerns with regard to energy consumption and increase in trend of sustainable construction is also anticipated to propel the homeowners and building contractors to switch to energy-efficient windows for replacement purpose, majorly in developed markets.

The European region contributes a major market share in the global energy-efficient windows market. However, the European market is projected to grow at a comparatively lower rate than other regions as a result of weak construction demand in the region due to sub-performing economic conditions.

The Asia-Pacific region is projected to register the highest growth from 2016 to 2026, while China is projected to be fastest-growing country-level market in the region for energy-efficient windows market.