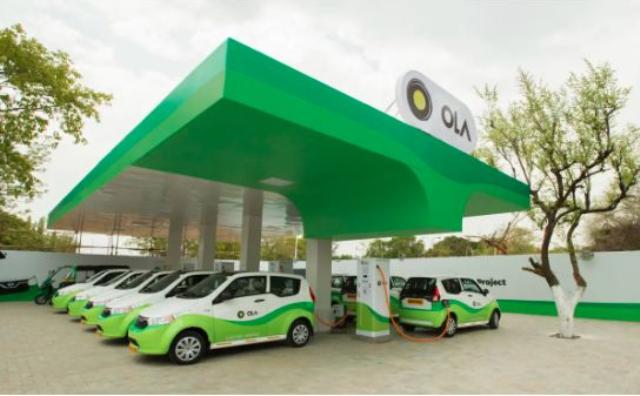 Ola Electric, backed by Japan’s Softbank Group as a major investor, said its plans to start manufacturing electric cars in India in 2024.

Ola CEO Bhavish Aggarwal said while companies like Tesla are leading the way in building electric vehicles more suited for Western markets, India can lead in the area of small cars, scooters and motorbikes for which global demand is higher.

Tesla earlier it does have any plan to manufacturing electric cars in India. It aims to import Tesla cars from China.

Ola’s electric car with the most advanced features would go from 0 to 100 km per hour (62 miles per hour) in four seconds, he said.

Ola is currently setting up an electric vehicle ecosystem, aiming to produce cars, two wheelers and batteries all at a single plant in the state of Tamil Nadu.

Ola has sold over 70,000 electric two wheelers in the last seven months. Ola is in the process of setting up 100 hyper charging electric stations in major cities in India.

BYD is the leading OEM selling EVs. It sold 640,000 EVs (PHEVs and BEVs) in H1 2022 for a 15 percent market share. BYD jumped from sixth place to the leadership position with strong sales of models such as the BYD Song Plus, BYD Qin Plus and BYD Han, according to Canalys report.

US-based Tesla is the leader in the worldwide BEV segment, with a strong performance from its Model Y and Model 3 accounting for 565,000 of vehicles sold during H1 2022, giving it a market share of 14 percent.