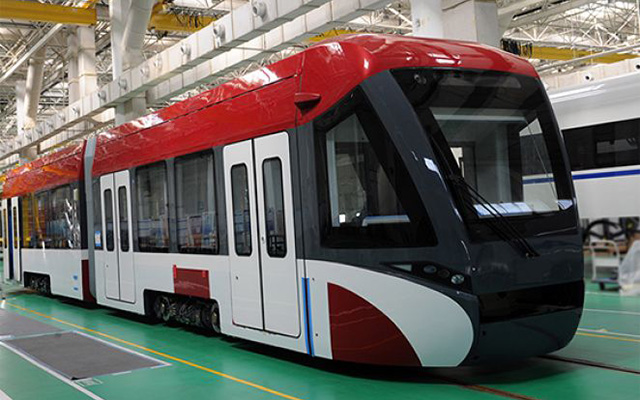 Under a framework agreement signed by the companies, the first prototype Ground Transport Vehicle fitted with Ballard’s fuel cell modules would be rolled out in 2016.

Established in 1881, TRC was the first manufacturer of locomotives and rolling stock in China. The company headquartered in Tangshan, Hebei province, is credited with achieving the world’s fastest railway test speed of 487.3 kilometers per hour, in January 2011.

It boasts a range of electric train cars and magnetic levitation among its products.

Recently, Ballard had signed deals involving $10 million for the license and supply of fuel cell-powered buses with Chinese companies.

Ballard and Guangdong Synergy are collaborating with electric bus manufacturer Foshan Feichi for producing buses to be operated in the city of Yunfu in Guangdong province.

The municipal governments of Yunfu and Rugao plan to have fuel cell bus fleets operating in revenue service in 2016.

In April Ballard had announced an initial order from Nantong  Zehe for the supply of its FCvelocity-HD7 modules to power 8 buses. These will now form now form part of the new deal, according to a statement.

All of these modules are expected to be shipped by Ballard this year.