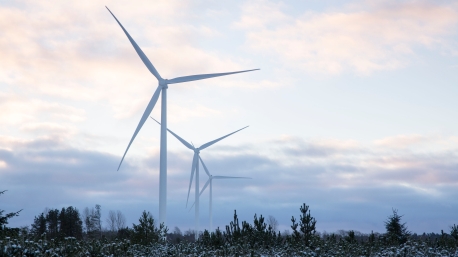 Siemens announced it has been awarded a contract to supply wind turbines to a 44-MW onshore wind power plant in Croatia.

For the Zadar VI Extension onshore wind project,  Siemens will supply and install 13 wind turbines of the type SWT-3.4-108 with a rating of 3.4 megawatts (MW) each and a 108-meter rotor.

The turbines will be installed on steel towers with hub heights of 79.5 meters. Deliveries are planned for the first half of 2017. After commissioning in summer 2017, the wind farm will have total installed capacity of 44.2 MW. The deal includes a long-term service agreement for 14 years.

Postak d.o.o., a Croatian company, is the investor of the project.

The direct drive onshore wind turbines featuring large rotor and robust design are optimized for the moderate to high wind speeds at the project site in the Lika region, which is exposed to north-west winds from the mountains.

Equipped with the latest version of the Siemens NetConverter system, they offer maximum flexibility in the turbine’s response to voltage and frequency control, Siemens said.

“Siemens is pleased to be chosen as the supplier for another important project in Croatia,” stated Thomas Richterich, CEO Onshore of the Siemens Wind Power and Renewables Division. “The pipeline of completed projects and new orders in the country confirms the customers’ trust in our technology and execution teams.”