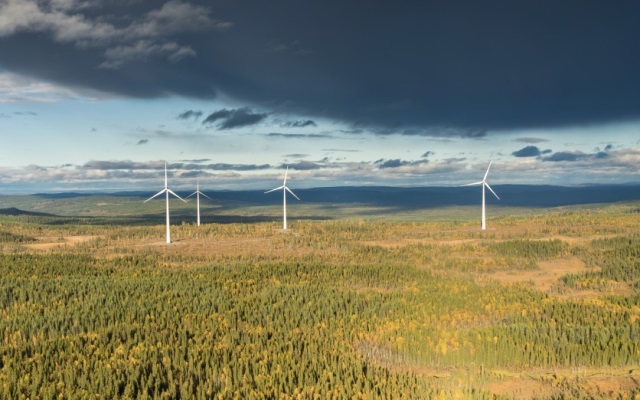 Siemens Gamesa today said it will deliver eight units of the SG 5.8-170 rotor wind turbine to Eurowind Energy for the Knostad project (46 MW) near Karlstad, in Sweden.

The onshore wind turbine will operate at a capacity of up to 6.2 MW, resulting in record high annual energy production (AEP). Siemens Gamesa has also secured a 25-year full-service agreement.

This will be the second project to feature the Siemens Gamesa 5.X platform in Sweden. In December, the company reached an agreement to supply 35 SG 5.8-155 to Arise AB and Foresight for the Skaftasen project.

The company has secured orders for the turbine’s two variants, which have rotors of 155 and 170 meters respectively in less than a year since its launch.

“This deal marks an extension of our partnership with Eurowind Energy having worked together in the Thorup Sletten project,” said Alfonso Faubel, Siemens Gamesa’s Onshore CEO.

“After integration of the Thorup Sletten project in Denmark, the country’s largest onshore wind farm in operation, we are happy to strengthen our relationship with Siemens Gamesa with the Knostad project,” said Jens Rasmussen, CEO of Eurowind Energy.

According to WindEurope, Sweden is expected to double its wind capacity from 7.4 GW to 14.9 GW by 2023 and the government has set a target of 100 percent renewable electricity production by 2040.

Siemens Gamesa said one single SG 5.8-170 turbine is capable of providing enough power for close to 5,000 European homes a year, while avoiding the emission of 15,000 tons of CO2 over the same period, the equivalent to planting 200,000 trees.

Siemens Gamesa will install the wind turbines during the second half of 2021 in an area of forest. They will have a 115-meter hub height tower, meeting the maximum height permitted even with the turbine’s large rotor size.