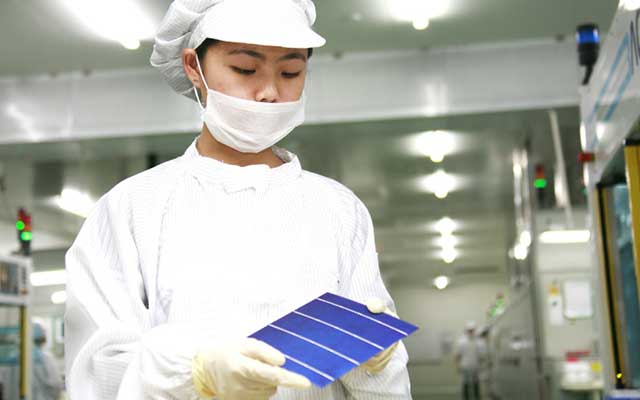 While Suntech’s monocrystalline solar cells have shown yields as high as 20.82 percent, its polycrystalline cells have recorded efficiency of 19.11 percent.

Suntech had launched its HyPro monocrystalline solar cells two months ago at then recorded efficiency of 20.5 percent.

According to a statement, Chinese photovoltaic quality testing agency National Center of Supervision and Inspection on Solar Photovoltaic Products Quality (CPVT) has tested the cells.

The statement says that HyPro solar modules with more efficient cells are available in two variants — 60-cell units and 72-cell units. These have recorded output of 290W and 330W respectively.

The modules have higher output of 20W, or 7.4 percent and 6.5 percent respectively above industry standards.

According to the statement the new modules of Suntech, combined with inverters manufactured by Sunways, are able to generate 3 percent more electricity.

Suntech, a subsidiary of Shunfeng International Clean Energy, has delivered more than 30 million photovoltaic panels, or 9 GW of installed capacity, to more than 1,000 customers in more than 80 countries.

Suntech the latest to withdraw from EU Price Undertaking Agreement