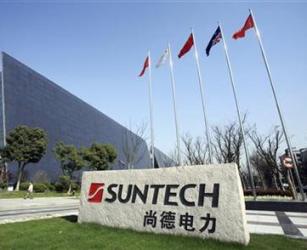 Suntech, a Chinese manufacturer of solar panels and technologies, has formed partnership with India’s Adani Power, to build a solar project in Tamil Nadu in South India.

Under this partnership, Suntech has agreed to supply approximately 200 MW of solar panels towards a project that will be developed, designed, built, and operated by Adani Power.

The project is expected to be operational by 2016. This project will be the biggest, individual solar project across the globe, the company said in a statement.

The solar plant systems are expected to generate approximately 330 gigawatt-hours of electricity, which will power approximately 367,000 households and offset approximately 281,700 tons of carbon emissions annually.

“After recently completing a 9.3 MW project with Adani Power in Gujarat, India, we’re excited to be continuing our partnership withAdani Power, who has proven to be an important and strong partner to have in developing the solar industry in the region and in India,” said Haibo Xiong, president of Suntech.

The partnership follows a series of testing at Suntech’s manufacturing facility and testing lab in Wuxi in April.

“We expect that this 200 MW project is the breaking point for Suntech’s presence in India as we continue to collaborate with Adani Power,” Xiong added.