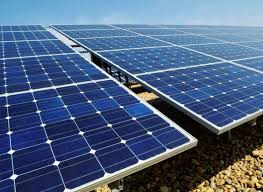 The cost of acquisition are not revealed. They are expected to enter commercial operation by late 2015.

The projects were selected as part of the competitive bidding held through nationally recognized Georgia Power Advanced Solar Initiative.

Construction of the 80-MW facility is scheduled to begin this month.

The electricity and associated renewable energy credits (RECs) generated by this facility will be sold under a 25-year power purchase agreement (PPA) with Georgia Power.

Meanwhile, construction of the 19 MW facility is scheduled to begin in June and Georgia Power will purchase the energy generated under a 20-year PPA. Southern Power will sell the RECs to third parties.

With the development of the Decatur County projects, Southern Power will own nearly 670 MW of clean power capacity both in operation and under development.

Besides, Southern Power owns one of the nation’s largest biomass power plants in Nacogdoches, Texas.

Recently, Southern Power announced plans to develop a 131MW solar facility in Taylor County, Georgia, which is expected to be completed in 2016.

The Decatur County projects are secured as per the company strategy of growing its wholesale business through the acquisition and construction of generating assets substantially covered by long-term contracts.