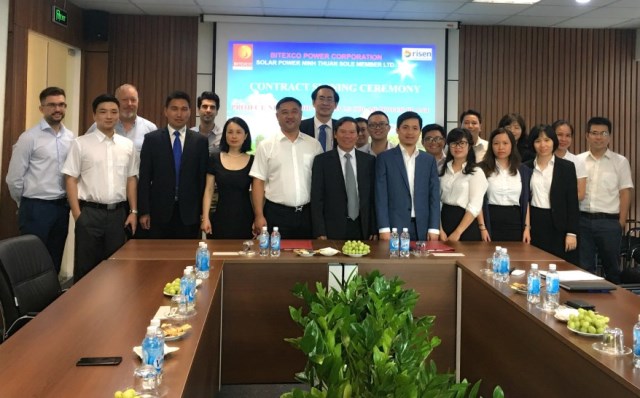 Risen Energy has earlier won contracts from the China-based PV module manufacturer for a 61 MW facility in Ninh Thuan.

The company in a statement said that the installation capacity of its projects in Vietnam has reached 161 MW.

The 50 MW facility is located in Ninh Thuan, Vietnam. Risen Energy will provide modules and 5-busbar 1500V high voltage modules for the facility in its role as the assigned EPC contractor.

Risen Energy has started the construction of the facility on October 1. The solar power station is expected to generate an average annual power of 81,429 MWh. The electricity will be provided to EVN, the Vietnamese state grid.

Vietnam has emerged as an investment destination in Southeast Asia for global investors, developers and module manufacturers since 2017 when the local government announced the feed-in-tariff policy for the solar photovoltaic (PV) market.