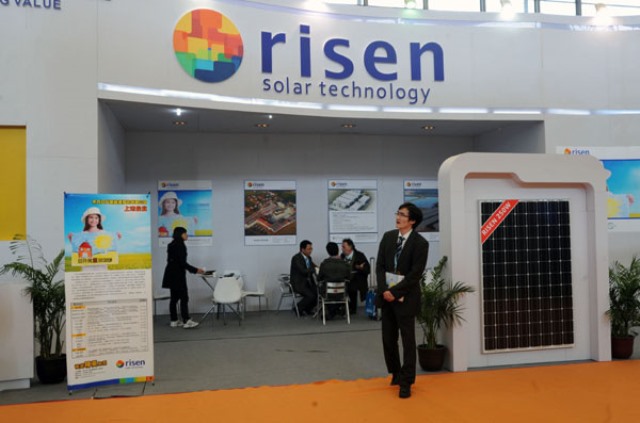 The increase in product sales and rise in unit sales prices contributed to Risen Energy’s performance growth. The revenue of solar cells and modules was 9.854 billion yuan (US$ 1.43 billion), an increase of 94.32 percent. The revenue of polysilicon was 977 million yuan (US$ 141.47 million), an increase of 820.3 percent with gross profit margin of 59.84 percent.

The conversion efficiency of its PERC module has reached over 21.57 percent, with first-year degradation rate not exceeding 2.00 percent and annual degradation being no higher than 0.55 percent from the second to 25th year.

The conversion efficiency of its heterojunction modules exceeds 23.65 percent, with degradation rate not exceeding 2.00 percent in the first year and annual degradation below 0.25 percent from the second to 30th year.

Risen Energy has built three product series, the Titan series, the NewT@N series, and Hyper-ion series, based on its 210 Technology platform.

The Titan module leverages the mature 210+P type technology with power coverage of 410W to 670W, featuring a diversified and flexible design that can customize application solutions for projects including distributed, industrial/commercial transformation and large-scale above-ground power plants.