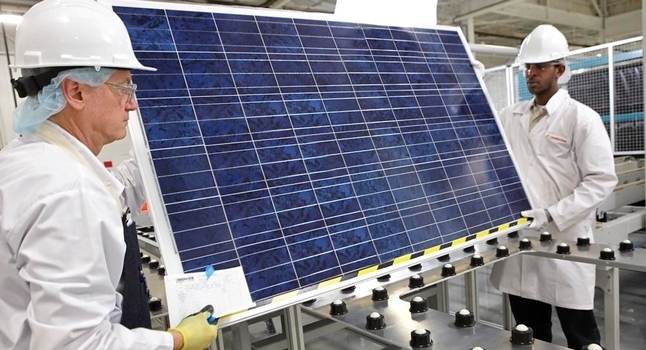 Financial details of the transaction were not disclosed.

Canadian Solar will retain 49 percent stake in the under construction solar generation project that covers an area of approximately 2,000 acres in Kern County.

The facility is expected to enter commercial operation in the fourth quarter of 2016 with Signal Energy Constructors as the provider of engineering, procurement, and construction services. The project is expected to create more than 300 construction jobs.

Canadian Solar says the solar power project is expected to generate enough solar energy to meet the energy needs of approximately 45,000 homes. The electricity and associated renewable energy credits (RECs) generated by the facility will be sold to Southern California Edison (SCE) under power purchase agreements.

“With this agreement, Recurrent Energy and Southern Power are partnering to bring more than half a gigawatt of solar power online by the end of 2016,” said Shawn Qu, chairman and CEO of Canadian Solar.