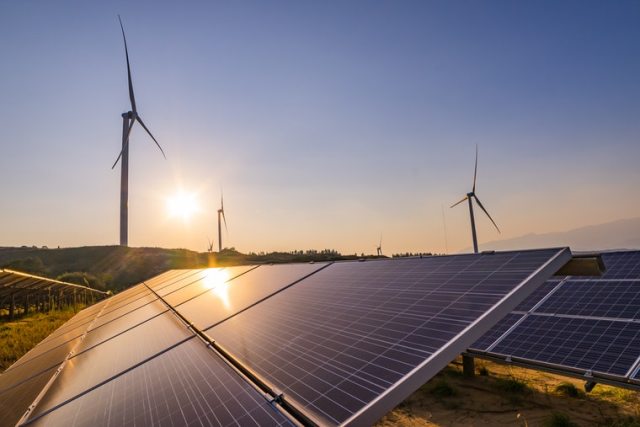 Additions of new renewable power capacity this year are forecast to rise to 290 gigawatts (GW) in 2021, despite rising costs for key materials used to make solar panels and wind turbines, according to the IEA’s annual Renewables Market Report.

By 2026, global renewable electricity capacity is forecast to rise more than 60 percent from 2020 levels to over 4 800 GW – equivalent to the current total global power capacity of fossil fuels and nuclear combined.

Renewables are set to account for almost 95 percent of the increase in global power capacity through 2026, with solar PV alone providing more than half. The amount of renewable capacity added over the period of 2021 to 2026 is expected to be 50 percent higher than from 2015 to 2020.

The growth of renewables is forecast to increase in all regions compared with the 2015-2020 period. China remains the global leader in the volume of capacity additions: it is expected to reach 1200 GW of total wind and solar capacity in 2026 – four years earlier than its current target of 2030.

India is set to come top in terms of the rate of growth, doubling new installations compared with 2015-2020. Deployments in Europe and the United States are also on track to speed up significantly from the previous five years. These four markets together account for 80 percent of renewable capacity expansion worldwide.

“The growth of renewables in India is outstanding, supporting the government’s newly announced goal of reaching 500 GW of renewable power capacity by 2030 and highlighting India’s broader potential to accelerate its clean energy transition,” said Dr Birol.

Solar PV remains the powerhouse of growth in renewable electricity, with its capacity additions forecast to increase by 17 percent in 2021 to a new record of almost 160 GW. In the same time frame, onshore wind additions are set to be almost one-quarter higher on average than during the 2015-20 period. Total offshore wind capacity is forecast to more than triple by 2026.