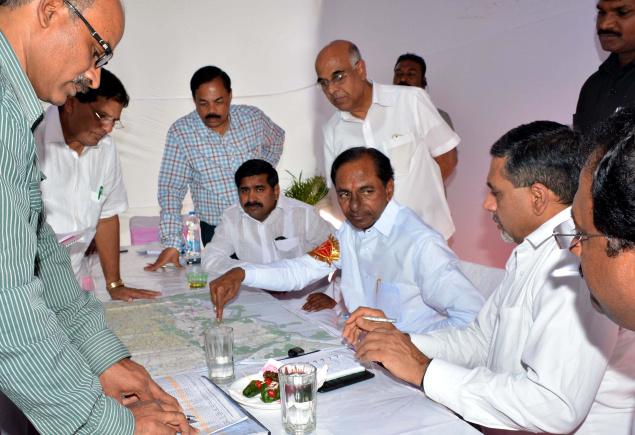 In a major development in Telangana, the Power Finance Corporation (PFC) has announced Rs 15,000 crore for establishing thermal power projects in the State.

The Telangana Genco (TS Genco) CMD and Power Finance Corporation CMD have signed a memorandum of understanding (MoU) for the same in the presence of Chief Minister K Chandrasekhar Rao here.

On the request of the Chief Minister, the PFC has also agreed to decrease the interest rate on debt from 12 per cent to 11.5, which will save Rs.300 crore for TS Genco.

The amount is meant for setting up 1080 MW Bhadradri power plant in Manuguru of Khammam district and 4,400 MW power plant in Dhamaracherla of Nalgonda district.

The State government kept aside Rs. 6 crore for each MW production.

Meanwhile, Union Environment Minister Prakash Javadekar told that the TS Genco’s 4,400 MW project at Damaracherla will be cleared on March 17.

He said the forest appraisal committee will give the clearance at its meeting in the national capital.

The minister said the ministry has allowed diversion of 4,000 hectares of degraded forest land for the project.

The state government, in exchange for the forest land, has allotted 4,000 hectares of green land at another place, which will be developed as a green forest.

Javadekar said the process for clearance of the project was completed in a record time of one month.

Stating that the environment ministry has cleared 10 projects for Telangana including four projects of Singareni Collieries Company Limited (SCCL) which were pending for last four years, he said the central government was committed to speedy development of both the states of Telangana and Andhra Pradesh.