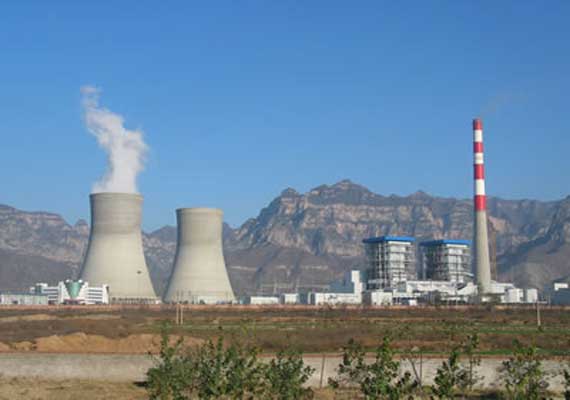 The fate of a 500 MW offsite thermal power plant of the Himachal Pradesh government’s joint venture with a West Bengal-based company is in limbo eight years and Rs.3.98 crore ($600,000) down the line, the Comptroller and Auditor General of India (CAG) has found.

Interestingly the joint venture, Himachal EMTA Power Ltd, is embroiled in the improper allocation of coal blocks that the Supreme Court had scrapped in 2014.

A special CBI judge had, in February, issued summons to HEPL, its two directors Ujjal Kumar Upadhaya and Bikash Mukherjee, and its senior official N.C. Chakraborty. This followed a charge-sheet filed by the Central Bureau of Investigation after observing that sufficient evidence existed against the accused for the offences of cheating and criminal conspiracy.

The CBI said in its charge sheet that accused directors Upadhaya and Mukherjee had submitted false information to the ministry of coal for the allocation of Gourangdih ABC coal block in West Bengal – that was to feed the proposed thermal plant – in favour of their company.

The investment in the pithead thermal plant without a feasibility study, coupled with the selection of Eastern Minerals and Trading Agency (EMTA) as the joint venture partner for execution of the plant in spite of the fact it lacked technical competence, resulted in wasteful expenditure, the CAG said in a report recently tabled in the state assembly.

The memorandum of understanding between state-run Himachal Pradesh Power Corporation Ltd and EMTA for executing the thermal plant at the Ranigunj coalfield in Burdwan district was signed in January 2007.

(The state cabinet on June 30, 2010, gave the nod to the joint venture company, Himachal EMTA Power Ltd, headed by the state chief secretary, to set up the thermal power plant.)

The auditor slammed the government for signing a pact with EMTA without settling the power purchase modalities with state utility Himachal Pradesh State Electricity Board Ltd.

Both parties agreed to contribute equity in the ratio of 50:50 for generation of coal-based thermal power and development of coal mine on captive basis.

The project was to be commissioned within 48 months from the date the pact was signed.

The central government allotted the Gourangdih ABC coal block to EMTA jointly with JSW Steel Ltd. A revised joint venture agreement between EMTA and JSW Steel was signed in May 2009 to exploit coal from the mine.

However, the central government deallocated the Gourangdih ABC mine in November 2012.

Official sources told IANS that besides the cancellation of the allotment by the inter-ministerial group, which was scrutinising blocks awarded to private parties that were given show-cause notices for delays in development, also approved the deduction of bank guarantees of EMTA and JSW Steel.

Picking holes in allocating the project, the auditor observed that there was no evidence on record to show as to whether any feasibility study was ever conducted to assess the commercial viability of the project.

EMTA has no experience in thermal power generation, the CAG observed.

Though Himachal Pradesh Power Corporation Ltd had an option to realise the development security of Rs.2 crore from EMTA in case of delay beyond 48 months, no action has been initiated so far.

Not only this, the corporation also released a share capital of Rs.60.50 lakh to EMTA after December 13, 2012, when the board of directors of EMTA had already decided not to invest further on this project, said the auditor.

Even the state distribution utility expressed its unwillingness in March last year to purchase power from the proposed plant due to imposition of a ban on purchase of thermal power by the state electricity regulator.