Home Other Industry News EV chargers market to grow to 12.7 million units by 2020 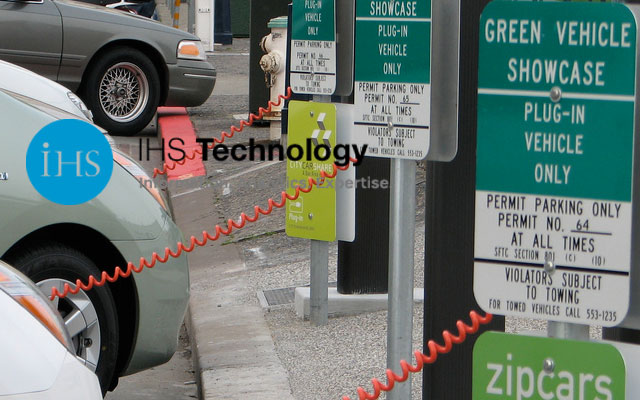 IHS inc, a market research firm, has forecast that the global market for EV Chargers will grow to 12.7 million units by 2020 compared with the base figure of 1 million units in 2014.

The data has been included in the EV Charging Infrastructure report published recently by IHS. The report discusses the existing extent of EV charging stations and future prospects for growth.

IHS has stated that the growth in charging stations will have to keep pace with the global production of pure electric and plug-in hybrid electric vehicles, which is expected to grow significantly by 2020.

DC charging stations, in turn, supply current directly to the batteries of the electric vehicles. These are able to provide about 80 miles of electric range per 30-minute charge.

According to the IHS report, by 2020 about 10 percent of EV charging stations will be within the public or semi-public domain. And most of these will be AC charging units.

DC charging stations are expected to be comparatively fewer and located on the outskirts of cities and highway infrastructure.

According to the report, Japan has more than 2,800 DC fast charging stations, which apply CHAdeMO, the Japanese fast-charging standard. The country accounts for roughly 50 percent of the global total of all CHAdeMO stations.

In Europe, the Netherlands, United Kingdom and Norway lead the way in charging station deployment. Germany and France, too, hold significant potential for growth in e-charging station networks, IHS reports.

In the US, states are largely deploying EV charging stations.

Recently, BMW and Nissan formed a partnership to develop a national grid of EV charging stations across South Africa. Such initiatives would grow manifold in the future, going by the IHS forecast.