Federal Energy Regulatory Commission (FERC) report said solar, wind, and hydropower have accounted for 59.6 percent of new capacity added to the U.S. electricity generation mix during the first quarter of 2019. 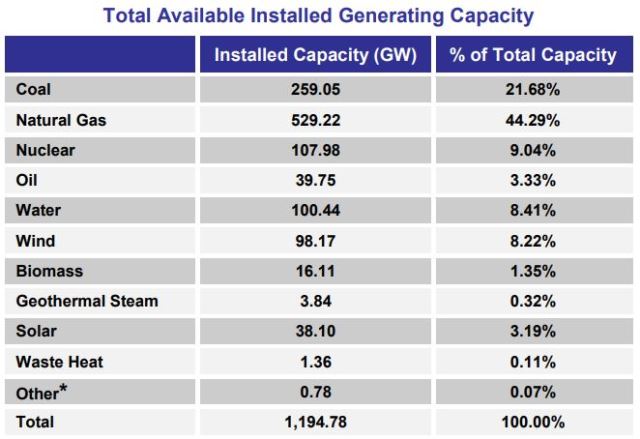 Over the next three years new additions in generating capacity by renewable energy sources will be nearly 100 greater than those of all fossil fuel and nuclear sources combined.

“With renewable energy generating capacity now equal to that of coal and new renewable capacity additions projected to exceed those of fossil fuels and nuclear power over the next three years, 2019 may eventually be remembered as the beginning of the era of renewable energy dominance,” said Ken Bossong, executive director of the SUN DAY Campaign.