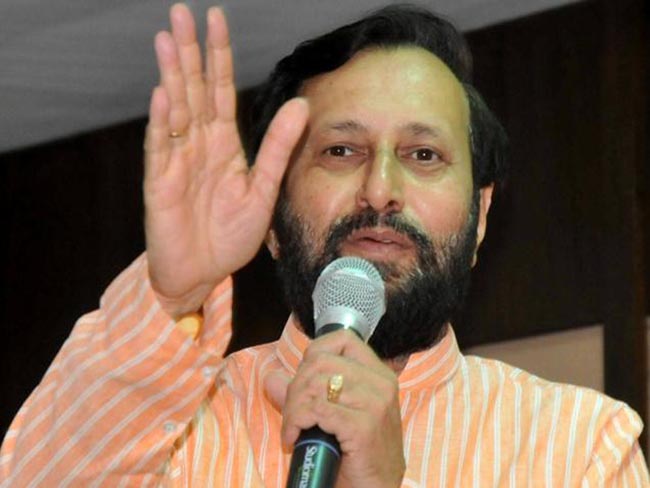 India is now challenging the developed nations on environmental issues and won’t be pressured by them, according to Environment Minister Prakash Javadekar.

“We are showing the way for the world on dealing with environment,” Javadekar told IANS in an interview here. “We are now asking questions to the developed world. Sustainable consumption and lifestyles are issues that we are now raising (with them).”

As a result of India’s challenge, sustainable consumption is included in the preamble of the Paris agreement on climate change, the historic document on battling global warming that he and over 160 leaders from around the world will sign Friday, he said.

“The idea of sustainable consumption, that is lifestyle (changes), and climate justice were two concepts put before the world forcefully by Prime Minister Narendra Modi and that has gotten accepted all over,” he said, adding: “Bharat’s influence is well established.”

The concept of sustainable consumption requires the moderation of the lifestyles in the affluent nations that take a heavy toll on the environment and worsen global warming. Climate justice requires developed countries to compensate for their past exploitation of the environment and natural resources and their continuing over-consumption, while also taking into account the wide disparities in the carbon footprints of people in the developed and developing countries.

Javadekar was answering a question if India was facing pressure from developed nations given the constant unfair criticism of the country by their politicians and media – characterising it as the world’s third largest polluter. In reality, though, a Indian’s carbon emission is only a 10th of an Americans’ and a fifth of a Briton’s.

India was taking the lead in showing how to deal with global warming and climate change issues, Javadekar asserted. “We have put the highest tax in the world on coal, at the rate of $6 per tonne, for consumption or import,” he said. “So, India is leading by example. I have met ministers from about 15 countries and they have all praised India’s action in levying the tax.”

The $6 billion that the tax will generate will go to the National Clean Environment Fund earmarked for clean energy production and clean climate action, he added.

“If the world also levies this $6 tax, then $100 billion can easily be generated,” he said.

To meet the resource needs for greening India and fighting climate change, the private and public sectors have pitched in across the range of their activities, he said. Trees are being planted along highways and railways and a massive afforestation effort is underway in the Ganga’s catchment area as part of the sacred river’s rejuvenation project, he added.

The private sector is also cooperating in forestation, he said. “All put together there will be a tremendous boost for the greening of the country. Carbon capture and carbon sink will be to the tune of two billion tonnes.”

India can become renewable energy leader with focus on research