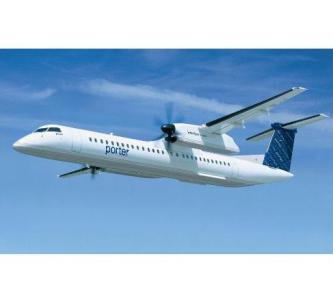 A new green-related technologies developed and refined by NASA’s aeronautics researchers during the past six years can help commercial airlines save more than $250 billion dollars.

These new technologies, developed under the purview of NASA’s Environmentally Responsible Aviation (ERA) project, could cut airline fuel use in half, pollution by 75 percent and noise to nearly one-eighth of today’s levels, the US space agency said in a statement.

“If these technologies start finding their way into the airline fleet, our computer models show the economic impact could amount to $255 billion in operational savings between 2025 and 2050,” said Jaiwon Shin, NASA’s associate administrator for aeronautics research.

Created in 2009 and completed in 2015, ERA’s mission was to explore and document the feasibility, benefits and technical risk of inventive vehicle concepts and enabling technologies that would reduce aviation’s impact on the environment.

By the time ERA officially concluded its six-year run, NASA had invested more than $400 million, with $250 million more in kind resources invested by industry partners who were involved in ERA from the start.

Tiny embedded nozzles blowing air over the surface of an airplane’s vertical tail fin showed that future aircraft could safely be designed with smaller tails, reducing weight and drag.

Also flown was a test of surface coatings designed to minimize drag caused by bug residue building up on the wing’s leading edge.

NASA developed a new process for stitching together large sections of lightweight composite materials to create damage-tolerant structures that could be used in building uniquely shaped future aircraft that weighed as much as 20 percent less than a similar all-metal aircraft.

NASA also worked with General Electric to refine the design of the compressor stage of a turbine engine to improve its aerodynamic efficiency and, after testing, realised that future engines employing this technology could save 2.5 percent in fuel burn.

The US space agency also worked with Pratt & Whitney on an improved design for a jet engine combustor, the chamber in which fuel is burned, in an attempt to reduce the amount of nitrogen oxides produced. While the goal was to reduce generated pollution by 75 percent, tests of the new design showed reductions closer to 80 percent.

New design tools have been developed to aid engineers in reducing noise from deployed wing flaps and landing gear during takeoffs and landings.

Information from a successful wind-tunnel campaign, combined with baseline flight tests, were joined together for the first time to create computer-based simulations that could help mature future designs, the agency added.

India, U.S. to cooperate on research and development of green technologies