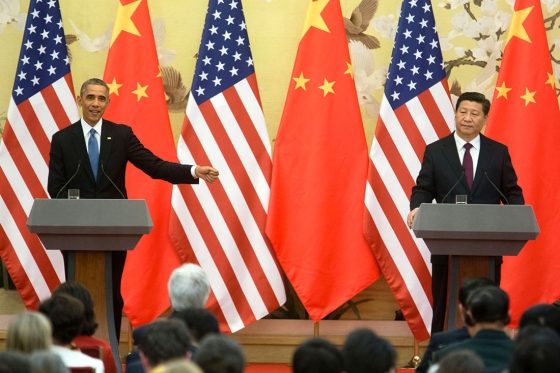 Under the agreement, President Obama announced a new target to cut net greenhouse gas emissions 26-28 percent below 2005 levels by 2025 while President Xi Jinping of China announced targets to peak CO2 emissions around 2030, with the intention to try to peak early, and to increase the non-fossil fuel share of all energy to around 20 percent by 2030.

The countries have agreed to renew funding for key areas: building energy efficiency, clean vehicles, and advanced coal technologies with carbon capture, use and sequestration (CCUS) and launching a new track on the interaction of energy and water.

As part of their efforts to promote China’s energy efficiency and renewable energy goals, the countries will focus on smart grids that enable efficient and cost-effective integration of renewable energy technology. Both countries have also agreed to implement a first-of-its-kind 380 MW concentrating solar plant in China under private sector commercial agreement.  Wind energy, however, has not found any specific mention this time.

The U.S and China will undertake a major carbon capture and storage project in China with equal funding commitments from both countries. They will also seek funding from other countries as well as private sector.

Additionally both countries will work on a carbon capture, use, and sequestration (CCUS) project that will capture and store CO2 while producing fresh water, thus demonstrating power generation as a net producer of water instead of a water consumer.

China and the U.S will enhance bilateral cooperation to begin phasing down the use of high global warming potential HFCs through technological cooperation on domestic measures to promote HFC alternatives and to transition government procurement toward climate-friendly refrigerants.