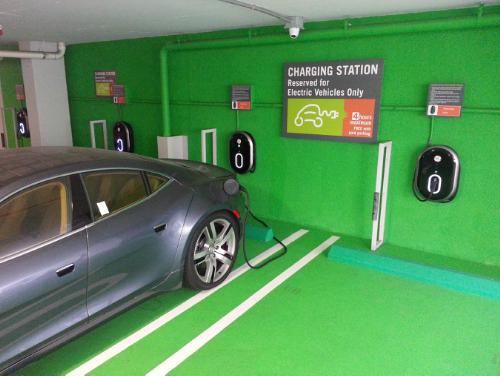 The California Energy Commission has provided a $200,000 grant to develop an expansion plan for electric vehicle charging stations around Lake Tahoe.

The grant for the Tahoe Regional Planning Agency will be utilized to evaluate the current situation, identifying both public and private locations where additional charging stations can be established for the convenience of the public.

According to TRPA’s authorities, it’s important to have a strategy to create a convenient electric vehicle travelling situation in the Truckee/Tahoe area.

In addition, it is necessary to design various methods to make sure travelers coming from San Francisco Bay Area are also getting proper charging facility.

The Tahoe Regional Planning Agency (TRPA) was formed in 1969 through a bi-state compact between California and Nevada.

The agency is mandated to protect the environment of the Lake Tahoe Basin through land-use regulations and is one of only a few watershed-based regulatory agencies in the United States.

The TRPA has adopted a three faced strategy to restore the environment of Lake Tahoe such as implement a regulatory program to reduce the negative impacts of new projects and employ a $1.5 billion capital improvement program to repair old environment damages.

In addition, TRPA will also conduct scientific research on the effectiveness of the regulatory and capital improvement programs.

The regulatory program has been in place for more than 35 years and is re-evaluated every 5 years.

California has sold more than 100,000 plug-in vehicles in less than four years, a major milestone that cements the Golden State as the global leader of plug-in hybrid and electric cars.

California Governor Jerry Brown has an ambitious goal of seeing 1 million zero-emission vehicles on the roads in California by 2025.