Home Electric Vehicle Quebec government to invest $30 million in a $73 million project to... 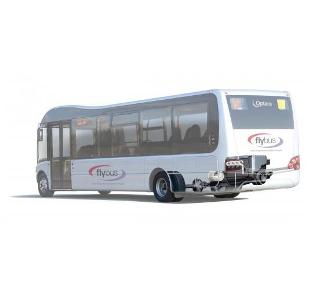 Greentech Lead Europe: The Quebec government will be
investing $30 million in a $73 million public-private project to develop
electric buses for international mass-transportation market.

Of the $30 million being invested by the province, $27
million has been earmarked for the conception and manufacture of an electric
bus to be developed by a clutch of Quebec companies.

The remaining $3 million will fund the development of a
smaller electric micro-bus, according to a media report in montrealgazette.com.

The Aluminum Association of Canada, a member of the
consortium, plans to invest $1.5 million in research and development during a
period of four years that will contribute to the realization of the two
electric buses.

The announcement was made by Quebec Premier Jean Charest
at the headquarters of St. Eustache-based Nova Bus, the main supplier of buses
used on Montreal Island.

“The development of the electric-vehicle industry is
a priority for the government of Canada,” Charest said in a statement.

The government’s action plan concerning electric vehicles
covers the period from 2011 to 2020 and is focused on developing products for
the electric vehicle industry so that Quebec can become an important player in
this new global market.

The government is planning to invest $250 million in the
coming years to help deploy and promote the use of electric vehicles in the
province.