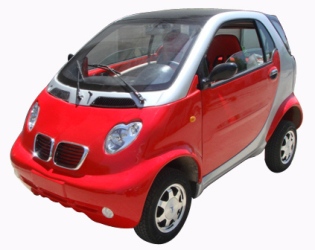 Electric vehicles could make up 15 to 35 percent of total new vehicle sales globally in 2040, says IHS Markit as part of its new research project, Reinventing the Wheel.

“The key question is whether we are approaching a transformative shift akin to the first decade of the 20th century, when the internal combustion engine, cheap gasoline, bicycle technology and mass production combined to usher in the automotive age,” said Daniel Yergin, vice chairman of IHS Markit. “Converging developments along multiple tracks are leading us to focus on this important question.”

“How and when this transformation takes shape will have significant impacts on the global economy and raises fundamental questions for the oil and gas, automotive, chemical and the electric power industries, as well as individual consumers,” said Tiffany Groode, study co-director and head of IHS Markit automotive scenarios.

Reinventing the Wheel will focus on the world’s largest automotive markets—the United States, Europe and China, as well as India—with projections out to the year 2040. The study, to be completed in 2017, will consist of two parts.

Part I will include the development of scenarios representing potential paths for the future of the car, energy and chemicals. Part II will assess the impact, investment implications and strategic choices for the automotive, oil, gas, electric power and chemical industries.

EVs to be introduced on mass scale within three years: Piyush Goyal