Home Electric Vehicle Demand for EVs on the rise 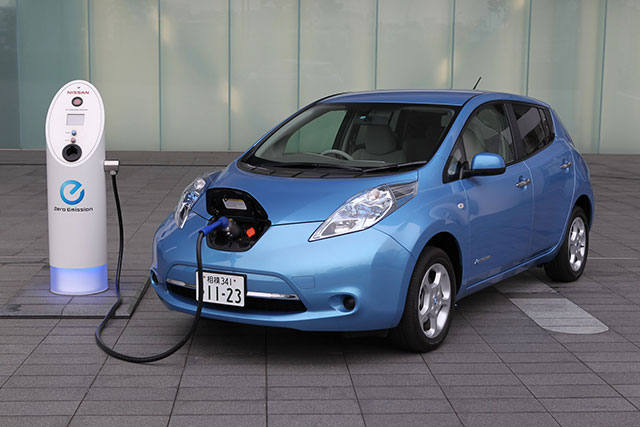 Nissan Leaf, a top-selling, purely electric, plug-in model rolled out by the Japanese carmaker in 2010, crossed sale of 75,000 units in the US recently.

About the same time, the New Jersey government modified a law which gave luxury EV makers such as Tesla the option to sell cars directly to customers through company-owned outlets. The move is expected to improve sales of Tesla.

And California, which accounts for about 50 percent of all electric vehicles sold in the US, is taking its green car-friendly initiatives another step forward.

The legislature of the state is working on a bill whose passage (likely toward the end of 2015) would reduce sales tax on green cars from 7.5 percent to 3.06 percent. The idea is expected to help get more than a million EVs running on California’s roads.

Plus, there is the US Department of Energy Workplace Charging Challenge Pledge, which is being adopted by companies to encourage their staff to become EV users.

These developments cumulatively point to growing support for electric vehicles in the US, which is the biggest market for such vehicles.

But the interest in EVs hasn’t been restricted to the US. The world itself has been inclined to move towards EVs on a large scale. According to worldwide figures as of December 2014, more than 712,000 highway-capable, plug-in electric passenger cars and utility vans were in operation around the world.

According to reports, electric two-wheeler makers in China — the biggest market for such vehicles — were looking at growth opportunities outside the Asian giant. The slowing of the Chinese economy is prompting the move.
India, too, has emerged as a potential market for electric vehicles with its government showing interest in increasing its renewable energy capacity to 100,000 megawatts by 2022.

In its latest budget, the government announced an allocation of Rs 75 crore to promote EVs.

At present Mahindra & Mahindra is the only Indian manufacturer in the segment. But the country’s contribution to the total sales of EVs could rise to 2 to 5 percent in the coming years.

One key foreign player in the Indian EV market is BMW. The i8 hybrid supercar model of the German carmaker is available in the market. Toyota, too, offers its Prius hybrid sedan in India at a premium.

Industrial and commercial electric vehicles represent 60 percent of the value of the electric vehicle market. The sector could grow 4.2 times in the next decade, according to some estimates.

One other segment where electric vehicles could find a prominent place is in the removal of manual procedures.
Self-powered indoor cranes that can replace scaffolding, electric stair climbers, sit-on floor cleaners and ice cleaners are among the possible opportunities for EVs.

One other business in which electric vehicles are gaining patronage is in the local taxi service. Recently Uber signed a deal with China’s BYD under which its drivers are testing the latter’s electric cars as part of their operations.
The initiative which has been started in Chicago is expected to be expanded to other cities as well. Electric cars in taxi fleets help bring costs down in low-frills services.

2030 Electric, a taxi service based in Dundee, Scotland, has launched a 30-vehicle strong fleet of Nissan Leaf EVs. Similar efforts are only set to rise in the coming years.

As battery technology, recharge facilities and mileage per charge improve, the electric vehicle segment will keep pushing the world toward a greener tomorrow.