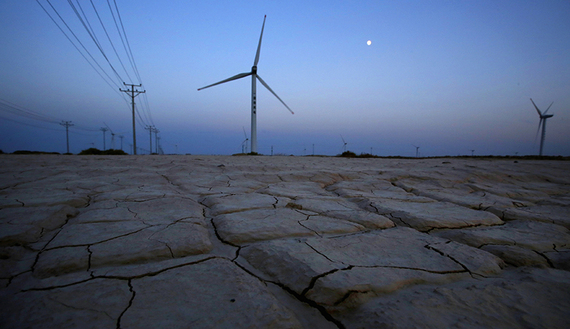 International support through sharing expertise and experiences and by providing financial assistance is essential for climate change projects to succeed, said Ajay Mathur, director general of The Energy and Resources Institute (TERI).

Speaking on Friday at a high-level event on the sidelines of the ceremonies for signing the landmark Paris Climate Change Agreement, Mathur shared the lessons from India’s LED lighting initiative and the Perform, Achieve & Trade (PAT) programme.

The cross-country support the programmes got has helped accelerate learning, and therefore helped achieve goals faster, he said.

Both these programmes, while unique, build on experiences from other regions and “shamelessly” utilise experience and expertise from those places, Mathur said.

The initiatives have also benefited from financial support for expertise and capacity building, he added.

In addition, the LED lighting programme was helped by lines of credit from bilateral development agencies, he added.

The theme of the session was “Taking Climate Action to the Next Level: Realizing the Vision of the Paris Agreement” and it looked at practical ways in which nations can help implement the just signed climate change agreement.

The LED programme aims to change all lights in India to the more energy efficient LED over the next three years leading to the elimination of nearly 25 million tons of carbon dioxide every year from lower power consumption, he explained.

Nearly 100 million bulbs have already been replaced by LED bulbs.

The PAT initiative is a regulatory programme mandating the most energy intensive industrial and energy supply plants to reduce their specific energy consumption, that is, the amount of energy they use to produce a ton of product, or a kw-hour of electricity over successive three-year cycles, he said.

Plants which achieve more savings than the target reductions get to keep the excess savings as certificates which can either be banked for use in the next cycle, or traded with other plants who can use them for compliance, Mathur said.

The first cycle covered plants that consumed about a third of all the fossil fuels used in India, and they exceeded the target resulting in the reduction of about 30 million tons of carbon dioxide emissions reductions every year.

TERI has played a historically important role in the climate change initiatives that led to the Paris summit last year and the framing of the agreement.

Mathur was the director-general of the power ministry’s Bureau of Energy Efficiency before taking over as the head of TERI earlier this year, succeeding R. K., Pachauri, who had also been the chairman of the Intergovernmental Panel on Climate Change, which provided the scientific backbone to the UN climate change programme and the Paris pact.

Mathur was one of India’s negotiators for hammering out the agreement at the Paris climate change summit last year.

The other important lesson from implementing the projects was that it was important to start small and build capacity and experience before scaling up once a “robust” institutional model has been achieved, Mathur said.

Getting real time data on performance was important, he said citing the example of the LED programme’s website delp.in, which shows the number of bulbs sold updated every 30 seconds.