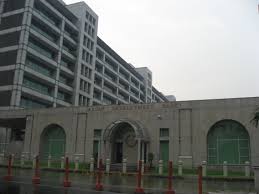 The Asian Development Bank has become the first multilateral development bank accredited to get financing from the Green Climate Fund.

The bank has received fund for projects to promote climate change extenuation and adaptation among its developing member countries.

The Green Climate Fund Board is expected to allocate resources for the first projects before the 21st Conference of the Parties of the UNFCCC in Paris, France.

ADB hopes to make its first formal submissions to the fund before the end of this year, said Nakao.

Asia is vulnerable to climate change and the region’s adaptation costs are estimated at $70 -$100 billion annually through 2050.

Moreover, Asia’s share of global greenhouse gas emissions is expected to rise to 46 percent by 2035 from 37 percent in 2010.

The Green Climate Fund was established in 2010 under the United Nations Framework Convention on Climate Change to serve as the central global investment vehicle for climate finance.

So far, 32 countries have pledged an initial $10.2 billion to the fund.

The largest contributions are pledged by the US, Japan, the UK, France, and Germany.

In 2014, ADB approved climate financing of just over $3 billion, about 75 percent for climate change mitigation and 25 percent for adaptation.