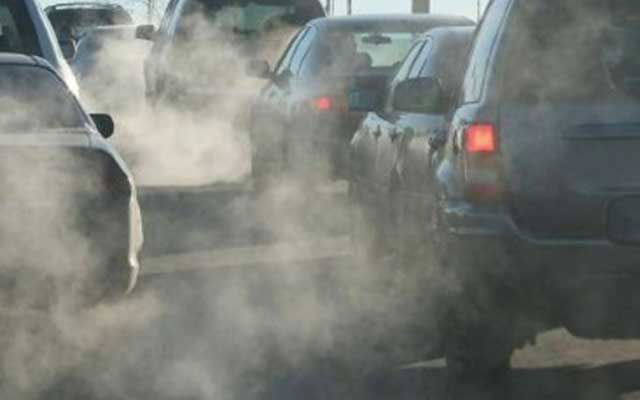 If you think mornings are the best time for outdoor exercise, you’re wrong.

Mornings experience the worst air pollution in four Indian cities, according to an analysis of particulate matter (PM) 2.5 data from IndiaSpend’s #Breathe air-quality sensors in Bengaluru, Chennai, Delhi and Mumbai between March 15 to April 15 2016.

Mornings were the worst time, with PM 2.5 levels reaching as high as 108.16 µg/m3 at 7 am. Air quality gradually improved as the day wore on, registering the cleanest air at 4 pm. (22.84 µg/m3). Pollution levels then picked up through the night.

Delhi topped the list of the world’s most-polluted cities, according to the World Health Organisation (WHO).

Outdoor air pollution causes 670,000 deaths annually in India, according to a 2014 research paper from the Indian Institute of Management-Ahmedabad.

Air pollution has become a global concern with rising air pollution levels, as outdoor air pollution in cities and rural areas across the world estimated to cause 3.7 million premature deaths in 2012, according to the WHO.

Particulate matter is the term for particles found in the air, including dust, dirt, soot, smoke, and liquid droplets. These are classified according to their diameter. Particles less than 2.5 µm (micrometres) are called PM 2.5. They are approximately 1/30th the average width of a human hair. Particles between 2.5 to 10 µm in diameter are called PM 10.

PM 10 and PM 2.5 include inhalable particles that are small enough to penetrate the thoracic region of the respiratory system. The health effects of inhalable PM are well documented, caused by exposure over both the short-term (hours, days) and long-term (months, years). They include: Respiratory and cardiovascular morbidity such as aggravation of asthma, respiratory symptoms, and an increase in hospital admissions; and mortality from cardiovascular and respiratory diseases and from lung cancer.

There is good evidence of the effects of short-term exposure to PM 10 on respiratory health, but for mortality, and especially as a consequence of long-term exposure, PM 2.5 is a stronger risk factor than the coarse part of PM 10.

There is a close relationship between exposure to high concentrations of small particulates (PM 10 and PM 2.5) and increased mortality and morbidity from cardiovascular/respiratory diseases and cancer, both daily and over time, according to the WHO.

Pollution can make the past seem older