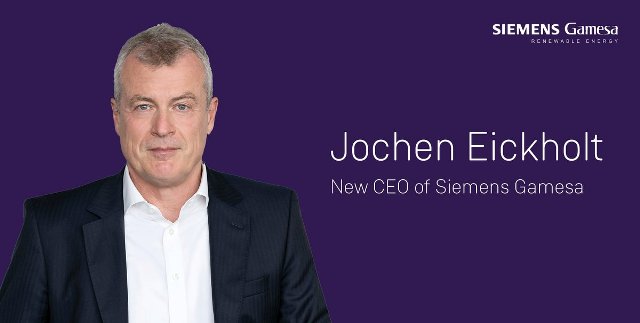 Siemens Gamesa has started implementing actions to address the short-term headwinds and stabilize the business, and is already defining a plan to improve medium-term profitability and maximize its long-term potential.

Siemens Gamesa has taken the first steps to achieve its long-term vision through a new company plan. The program, called Mistral, will focus on identifying key levers to expand margins in the medium term, such as achieving a solid top line, establishing a competitive product portfolio, optimizing cash flow, and exploring transformational measures, including technology harmonization and a portfolio review.

Siemens Gamesa reported revenue of €2.177 billion (–7 percent) in the three months to March 31. EBIT pre PPA and before integration and restructuring costs stood at –€304 million, equivalent to an EBIT margin of –14 percent.

Siemens Gamesa’s revenue in the first half of fiscal year 2022 amounted to €4.006 billion (–13 percent) and EBIT pre PPA and before integration and restructuring costs to –€614 million, with an EBIT margin of –15.3 percent. It reported a net loss of €780 million.

Siemens Gamesa’s order intake in Q2 FY22 amounted to €1.198 billion due to lengthier negotiations in the Onshore market segment in the current inflationary environment and also the normal volatility of commercial activity in the Offshore market segment. The order book stood at €32.831 billion as of March 31, 2022, reflecting projected growth for wind.

“We are already implementing actions to address the short-term issues and stabilize the company in the shortest possible time, and we are already working on a plan to deliver our full potential,” said Jochen Eickholt, Siemens Gamesa’s Chief Executive Officer.

Siemens Gamesa signed orders worth €8.074 billion in the last twelve months, and ended the quarter with a backlog amounting to €32.831 billion, 3 percent below the record backlog attained on March 31, 2021. 80 percent of the backlog is linked to markets with strong execution and above-average growth prospects.

Onshore obtained orders amounting to 4,773 MW in the last twelve months (–43 percent), worth €3.277 billion (–41 percent). The order intake amounted to €209 million in the second quarter. Platforms with a capacity of 4 MW or higher accounted for 90 percent of orders (MW) in the quarter. The Siemens Gamesa 5.X platform accounted for 67 percent of orders in Q2 22 (172 MW) and has accumulated c. 3.9 GW in orders since its launch.

Offshore order intake amounted to €321 million in the second quarter, reflecting the normal volatility in commercial activity in this market. Order intake in the last twelve months was €1.771 billion and includes the first firm contracts in the USA.

During Q2 22, Siemens Gamesa signed two preferential supply agreements for the MFW Baltyk II and III wind farms in Poland, with a combined volume of 1.4 GW. This raised the conditional pipeline to 8.2 GW as of March 31, 2022.

Service order intake amounted to €669m in the second quarter, and to €3,026 million in the last twelve months. Of the total order book, 53 percent (€17,482 million) is in Service, which has higher returns and is growing by 7 percent, Siemens Gamesa said.