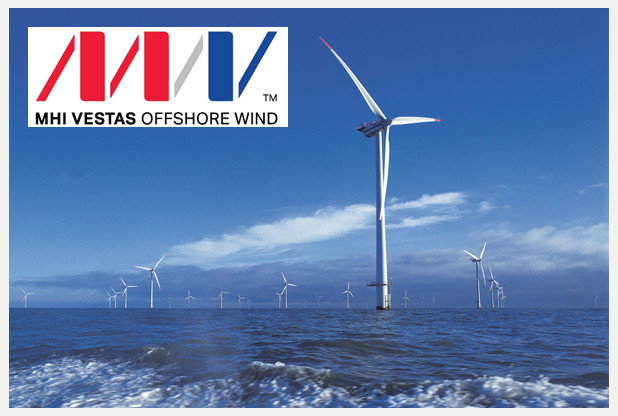 MHI Vestas has signed a deal with Dong Energy for supplying wind turbines for the initial phase of Walney extension offshore wind farm in U.K.

Under the deal, MHI Vestas will supply V164-8.0 MW wind turbines for phase 1 of the offshore project.

The project will be completed in two phases, comprising of 330 MW of capacity each.

Dong Energy, responsible for developing this 660 MW project, has received approvals for the extension project earlier in November 2014.

The extension project is located adjacent to the 367.2 MW Walney offshore wind farm in the Irish Sea.

It is expected that the project will begin construction from 2016. However, the project still awaits final investment decisions.

According to Dong Energy sources, the performance of the V164-8.0 MW wind turbine has been the main reason for finalizing it for phase 1 of the Walney Extension development project.

In addition, the blades for this project will be manufactured in Vestas’ UK factory on the Isle of Wight.

MHI Vestas is a joint venture formed in 2013 between Vestas Wind Systems and Mitsubishi Heavy Industries.

The wind farm is expected to produce 215 MW of power from 43 turbines and is located near Dong Energy’s 312 MW Borkum Riffgrund West 1 development project.

Last month, the GROW: Offshore Wind initiative, a collaboration between Grant Thornton, the government-backed Manufacturing Advisory Service, trade body Renewable UK and the University of Sheffield had provided £7 million or $10.8 million as a capital funding to manufacturers aiming to enter the UK’s wind sector supply chain.