AMSC, providers of energy technology has announced that it is introducing a new wind turbine design suited for low-wind areas that can be installed close to cities, reports The Boston Globe.

These new design will have market in low-wind areas and region closer to cities as high-wind areas are filled with wind farms already. 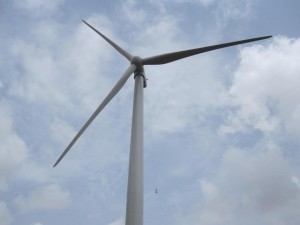 The new turbine design can reduce this fault by letting wind farms to be operated closer to where the energy will be used. For shorter distances fewer bottlenecks can be expected and hence electricity can be delivered efficiently.

Moreover, the new design will allow wind farms in areas where no high winds are blowing making it more compelling economically, added the report.

They have made it clear that in on comparing to current wind turbines; the new low-wind turbine design is like arming a sailboat with a larger sail.

Low wind speed turbines will have new marketing opportunities in regions that are already flooded with wind farms like southern Germany and US as well as developing markets such as the Middle East and Africa, suggested report quoting company officials.

Daniel P. McGahn, chief executive, AMSC, explained, “We believe that the new low wind speed turbine makes it possible to achieve a low cost of energy at the low wind speed sites that were previously inaccessible or not economically compelling. The new low-wind speed design is expected to lower the cost of energy by as much as 12 percent compared to previous AMSC designs, increasing its competitiveness with traditional fossil fuels.”