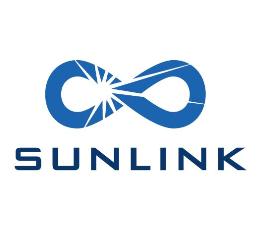 SunLink Corporation and CalCom Solar announced they have successfully completed three solar projects in Shafter and Wasco, Calif. – the first in a larger Central Valley portfolio of installations.

To streamline all project construction, SunLink standardized its mounting solution design and permit set to align with CalCom’s installation preferences.

SunLink PowerCare geotechnical testing was also performed on sites in Madera and Tipton, Calif., to optimize designs and inform the installation teams in order to further accelerate these projects’ timelines.

CalCom was then able to customize and complete the installation per that customer’s needs, such as uneven terrain and boundary constraints.

SunLink CEO Michael Maulick, said, “Working closely with the other agricultural experts at CalCom, we are able to streamline the entire project lifecycle and deliver more successful energy assets.”

“CalCom Solar has the technology and knowledge that can help make solar work for many farmers both financially and operationally. By going solar, farming operations can significantly lower operational costs, saving them more money annually on utility bills. The system will also help hedge against raising utility rates, delivering significant utility savings over the next 25 years,” stated Dylan Dupre, CEO of CalCom Solar.

“CalCom has made a name for itself as a leader in Central Valley agricultural solar with more than 100 MW deployed at some of the largest agricultural sites in the region. We seek out partners who also pride themselves with capabilities in this area, and SunLink’s demonstrated success from engineering to mounting solutions has proven a valuable asset,” Dupre added.

Blattner, SunLink partner to develop solar project in Southeast US