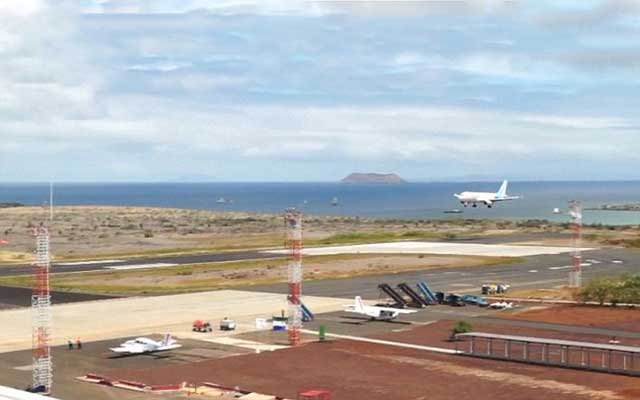 The airport also boasts green infrastructure as 80 percent of its buildings and associated structures have been constructed using material recycled from the previous airport.

As Baltra has limited supply of fresh water the airport has its own desalination plant that supplies the terminal.

The airport was opened in 2012 and it received the US Green Building Council’s Leadership in Energy and Environmental Design (LEED) Gold certificate for sustainable construction. 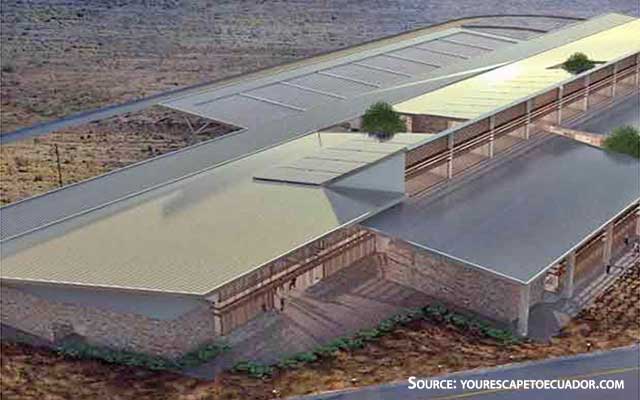 The award did not come easy, with the year-and-a-half construction of the airport meticulously supervised.

Ezequiel Barrenechea of Ecogal Corporation, the company which runs the airport, says work on the airport took one-and-a-half years to complete and posed several challenges particularly from the logistical point of view.

“All the construction here was very difficult. Tanker ships were brought with water because water could not be drawn from the sea for building. It was a difficult year and a half as international inspectors watched over every centimetre of the work. I’m very proud of what we have achieved,” Barrenechea told Reuters.

The Galapagos Islands are home to unique and abundant wildlife. It attracts tourists and scientists from around the world.

Environmentalists have welcomed the development as they have been concerned about the rising threat of tourism to the fragile ecosystem which exists on the archipelago.

British naturalist Charles Darwin found evidence of evolution through his studies of the environment of the volcanic islands of the Galapagos. The islands are located about 1,000 kilometers west of Ecuador’s coast.