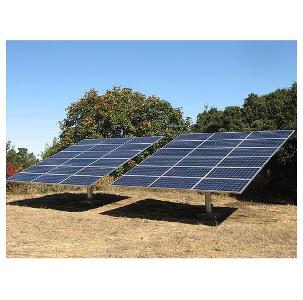 Clean-energy markets struggled against a tough economic
and political climate, increased industry consolidation, and downward pricing
pressures on manufacturers to reach this growth. This expansion came from
double-digit growth rates for both wind and solar deployment globally.

The market for solar photovoltaics including modules,
system components, and installation increased from $71.2 billion in 2010 to
$91.6 billion in 2011. While total market revenues were up 29 percent,
installations increased more than 69 percent from 15.6 gigawatts in 2010 to
more than 26 GW last year. This 40-point discrepancy was due to declining solar
costs.

According to Clean Edge, despite this continued market
expansion, clean energy in 2011 is likely to be remembered for the now-infamous
Solyndra bankruptcy.

“Last year saw many in the clean-tech community caught
off guard, as the industry became a modern-day whipping boy. The attacks,
offered up in sound bite-sized nuggets delivered more for impact than accuracy,
overlooked the fact that many clean-energy technologies are becoming
increasingly cost-competitive, central to the expansion of energy markets in
places like China, Japan, and Germany, and a critical hedge against more
volatile forms of traditional energy,” said Ron Pernick, Clean Edge co-founder
and managing director.

China remained the global leader in new installations for
the fourth year in a row, installing more than 40 percent of all global wind
capacity, or 18 GW in total.

Biofuels reached $83 billion in 2011, up from $56.4
billion 2010. Bucking solar and wind’s declining cost trends, this increase was
mostly due to a rise in ethanol and biodiesel prices, the result of higher
costs for feedstock commodities – mainly sugar for ethanol and rapeseed and
other vegetable oils for biodiesel.