Home Solar Sterling and Wilson develops 140 MW of solar plants across India through... 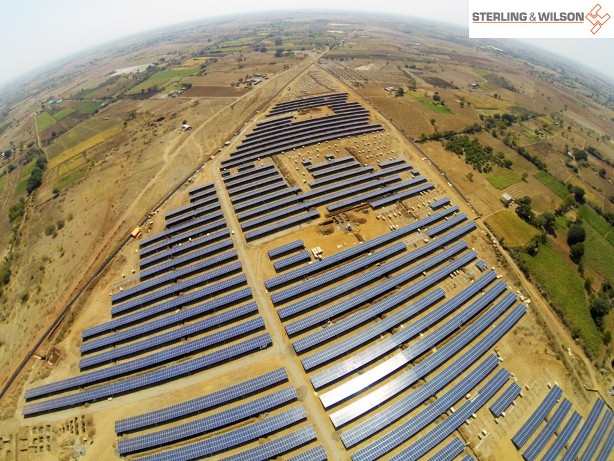 Sterling and Wilson will soon commission nearly 140 MW of solar power plants for the financial year 2014 – 2015 across various states in India.

The cumulative power output from these projects is expected to light up around 2,00,000 homes annually.

Sterling and Wilson has helped in reducing the country’s carbon footprint by decreasing its dependency on coal for captive power generation by 70 tons per year.

Sterling & Wilson has also been ranked as the top solar engineering, procurement and construction (EPC) company in India recently by a Hong Kong-based market research firm.

Speaking on the milestone, Bikesh Ogra, president, Sterling and Wilson, Electrical & Solar Business said, “All the Sterling and Wilson commissioned plants perform at a high efficiency level, increasing the value generated on a yearly basis.

In addition, the company has managed to make a positive impact on the nation’s commitment towards a sustainable future by setting up solar power plants within a span of one year.

In another development, the company will soon start construction of a 50 MW solar power project in Egypt.

The company will sign power purchase agreement with the state owned Egyptian Electrical Transmission Company (EETC) for a tariff rate of US cents 14.38.

Commanding a market share of about 10 per cent in the ₹7,000-crore generator business, it is now looking at consolidating the market share with recently developed solar sub-station suitable for photovoltaic power plants.

Sterling and Wilson is part of Shapoorji Pallonji Group and one of India’s major solar EPC companies with over 350 MW of solar projects spread across 13 states.