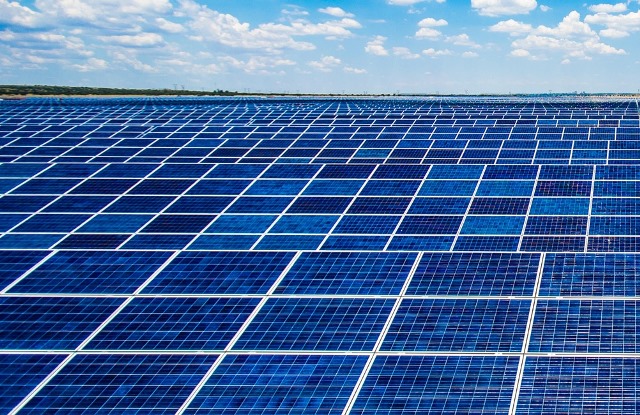 Germany-based power generator Leag plans to build a 1,000 megawatt (MW) solar park that could open in early 2026 as part of expansion of renewable energy.

Leag, based in eastern Germany’s Lusatia region, aims to bring 7 gigwatts (GW) of solar and wind output facilities online by 2030, spending 1 billion euros ($972 million) a year, board chairman Thorsten Kramer said in a webcast with reporters.

The 7 GW, roughly matching the company’s current fossil fuel capacity, would comprise around one third solar projects – with modules being sourced in Asia but with a view to perhaps also setting up a local factory – and two thirds wind.

Doubling of green capacity to 14 GW by 2040 is conceivable, the company said.

Leag would fund most of the investments with its own capital, drawing support from sky-high power prices achievable at current market levels.

The company could repurpose around 33,000 hectares (81,500 acres) of land for mining and power stations, where connecting infrastructure to power grids is in place.

Germany government decided to bring back idled brown coal capacity, including Leag’s Jaenschwalde E and F blocks, from a reserve scheme into the market, in response to the energy crisis. Germany still aims to end coal power generation by 2038, Reuters news report said.