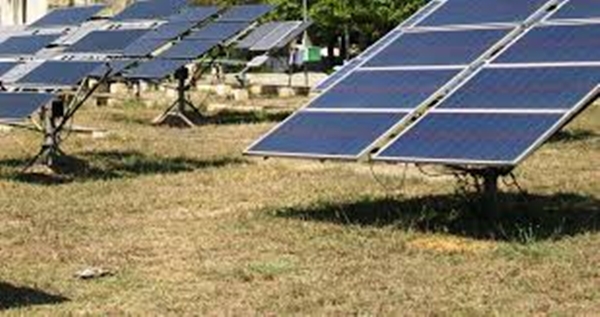 The Kerala State Electricity Board (KSEB), the state owned power utility of Kerala in India has started construction of a 1 MW solar plant.

A joint venture initiative with the state government, the utility has stepped into solar energy sector, with an aim to meet the growing power demands of the State.

The government will spend around Rs.8 crore for the project.

The fund for the plant was allocated in the 2013-14 budget but implementation got delayed due to technical matters.

Construction of the plant has already begun at Panampully, Kanjikode, near Kochi and is expected to be ready in next six months.

The plant is coming up on a vacant plot located near the KSEB’s 220-kV substation at Kanjikode.

The geometrically-cut flower-shaped solar panels were designed and manufactured by a startup company run by four engineering graduates from IIT Kanpur.

The lighting system was developed with the financial assistance of Rs 4 lakh from KSEB.

Recently, KSEB started selling 477 MW unutilized power from liquid fuel stations to Telangana so that cheaper power from naphtha-based power stations will be available to Kerala during peak summer months.

Of the 477 MW, 315 MW power will be given from NTPC’s Kayamkulam thermal power plant and the rest from BSES Udyogamandal for a month.

Last year, NHPC awarded a contract for constructing a 50 MW floating solar plant in one of the water bodies across Kerala.

Agency for Non-conventional Energy and Rural Technology (ANERT) has become a synonym for Renewable Sources of Energy and Energy Conservation in the State.

They collect and circulate useful knowledge in various fields of Non-Conventional Energy, Energy Conservation and Rural Technology; conduct studies, demonstrate, implement and support implementations of schemes and project in these fields throughout the state.