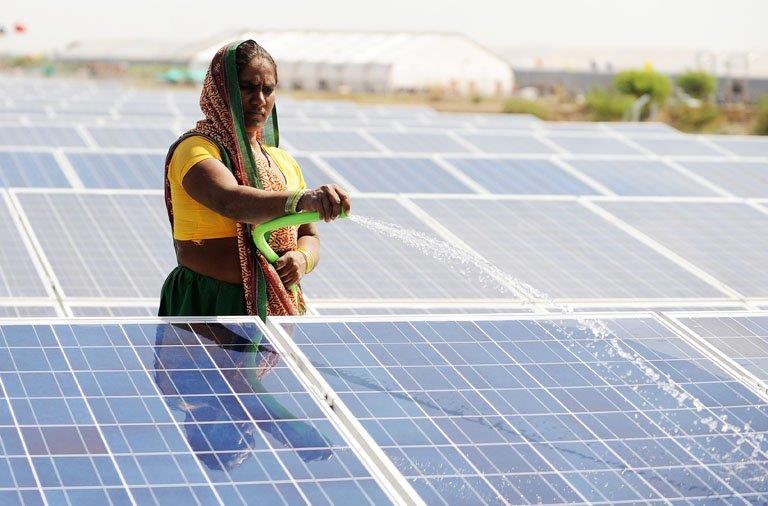 The Ministry of New and Renewable Energy (MNRE) has directed all states to design a solar policy that will help to meet nation’s clean energy target, reports The Economic Times.

“The Ministry has requested all states to come out with solar policy. A draft model solar energy policy has been sent to all states. So far, 14 number of states have issued solar policies,” Minister for Power, Coal and Renewable Energy Piyush Goyal said in a written statement in the Lok Sabha.

He also said the ministry has sanctioned 348 MW grid connected rooftop projects to various states in the country.

The ministry is also promoting private investment in the sector through an attractive mix of fiscal and financial incentives.

“An estimated potential of 897 GW has been identified from various renewable energy sources in the country which includes 749 GW from solar, 103 GW from wind, 25 GW from bio-energy and 20 GW from small hydro power,” he said.

He added that the MNRE has proposed grid power of 175 GW from various renewable energy sources by 2022 and this includes 100 GW from solar, 60 GW from wind, 10 GW from bio-power and 5 GW from small hydro power.

Yet, to achieve Modi’s target of 100 GE of solar by 2022 will require more fundamental reform of the power sector.

Power grid access is opening up in several states totally free of feeding charge and now solar developers can identify buyers for sending the power over the transmission grid for free.

In some Indian states, renewable energy can compete with fossil fuels without any subsidies for commercial and industrial consumers.

Maharashtra government is set to push green energy with a target of an additional 11,110 MW of renewable energy by 2019.

Sixty-seven per cent (or 7,500 MW) of the target will be met through solar power, while wind energy is projected to contribute another 2,000 MW.