Home Solar Funding picks up in solar business despite Covid-19 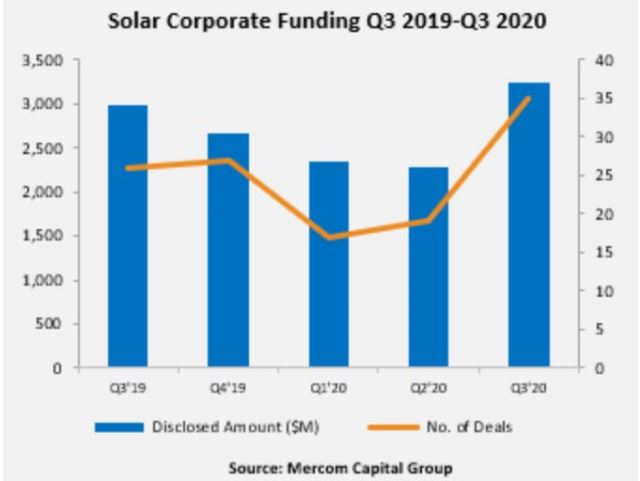 Corporate funding dropped 13 percent in the first nine months of 2020 to $7.9 billion, the report said.

“Transactions in the works that could not make progress in Q1 and Q2 were getting closed in Q3, resulting in a funding surge. Project acquisition activity – an important indicator of the financial health in the solar sector, bounced back strongly in Q3,” said Raj Prabhu, CEO of Mercom Capital Group.

VC funding in the solar business was 61 percent lower with $394 million in nine months as compared to $1 billion raised in 9M 2019.

There were three residential and commercial solar funds announced in Q3 2020 that totaled $400 million.